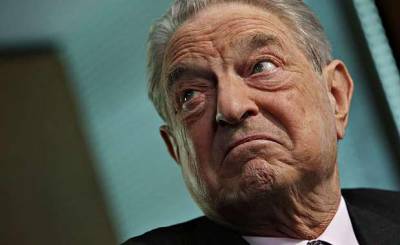 This article originally appeared in The Financial Times

Billionaire investor George Soros has accused western leaders of dangerously miscalculating their strategy towards Russia and Ukraine, arguing that the crisis there posed a lethal risk to the eurozone.

In an interview with the Financial Times, the Hungarian-born philanthropist complained that European leaders were treating Ukraine as “just another country” in need of financial assistance rather than realising that the crisis on the EU’s eastern border posed a greater danger to Europe’s economy, and even the survival of the EU, than the Greek election.

Mr Soros said sanctions on Moscow were having a far deeper effect than western leaders had ever imagined because of the collapse in oil prices and added that a Russian debt default would “not be surprising”.

He added that Russia’s financial meltdown represented a strategic as well as an economic threat to Europe, with Moscow’s policy likely to become even more aggressively nationalist as the economy deteriorated.

“Sanctions against Russia reinforce the deflationary and recessionary pressures that were already present [in Europe] but have now become a reality,” Mr Soros said.

“A default would be a big blow to European banks exposed to Russia.”

Despite those dangers, Mr Soros stressed that he was not calling for the easing of sanctions, which were a “necessary evil” to push Russian forces out of Ukraine.

Instead, he said the US and EU were making a big mistake by failing to back up their sanctions with a massive financial support programme for Ukraine, which he estimated would have to run to $50bn and would need to be approved in the first quarter of 2015.

The 84-year-old hedge fund financier said Europe needed to “wake up” and accept that it was under attack from Russia.

“Assisting Ukraine should be seen as a defence measure by European countries,” he said.

“The US and the Europeans are determined to avoid a war but unless they balance sanctions with support for Ukraine, they may well have one.”

However, EU leaders are reluctant to provide more funds and even struggled to raise €1bn for the fight against Ebola.

Similarly, western nations are holding back on pumping fresh money into Ukraine until they see evidence of reform in Kiev.

European officials balked last month at the idea of extra support for Ukraine when the IMF identified a $15bn funding gap.

Mr Soros was speaking before the publication of an essay in The New York Review of Books where he lays out detailed proposals for how a $50bn support plan for Ukraine could be marshalled by international institutions, including the EU and International Monetary Fund.

This massively expanded financial firepower, he argued, was the only way Europe could counter Moscow’s nationalist expansionism and save Ukraine from a bankruptcy that would strengthen hardliners in Russia.

“Hopefully, Russia’s troubles and Ukraine’s progress would persuade President Vladimir Putin to give up as a lost cause his attempts to destabilise Ukraine,” Mr Soros wrote in his essay.

For Mr Soros, this was evidence that western leaders had not understood Russia’s ambitions to undermine the EU itself, supporting anti-bloc politicians and using gas exports to play countries off against each other.

“The EU itself is disintegrating,” he said.

“Russia offers an alternative view of the world — force rather than rule of law”.

Mr Soros said an economic rescue of Ukraine would change Russian politics. While a Ukrainian bankruptcy would cement the power of hardliners, he said economic regeneration in the country, led by the EU and US, would bolster a more western-looking opposition in Russia.

Mr Soros, infamous for betting against the pound in 1992, made no attempt to disguise his bias for Ukraine where he established a foundation in 1990 and said the country was ripe for investment.

He said western companies looking for Ukraine’s growth areas should turn to its energy networks and the agricultural sector of the Soviet Union’s former breadbasket.

The most lucrative area would be improving the efficiency of the country’s power and heating networks, which are 10 times more energy intensive than the average in the OECD, the Paris based group of countries that aims to promote sustainable growth.

1 thought on “George Soros: $50 Billion for Ukraine or War with Russia”