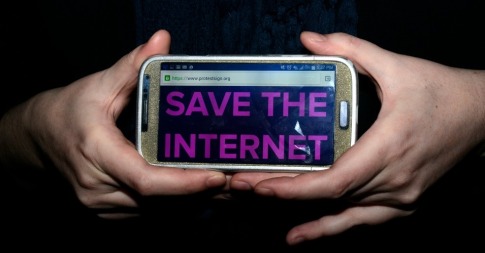 Officials say new regulations will be decided in February

The Federal Communications Commission will vote on new rules and restrictions on net neutrality in February, officials said Friday.

According to a Washington Post report, FCC chairman Tom Wheeler is planning to circulate a draft proposal to fellow commissioners “with an eye toward approving the measure weeks later.”

At the heart of the debate is the issue of equality on the internet. Supporters of net neutrality are calling for strict rules that would prevent cable giants like Comcast and Verizon from using so-called “fast lanes” to speed up or slow down websites—and charge content providers higher rates for the privilege of faster loading times.

Opponents are pushing for looser regulations that they say would prevent overuse of bandwidth and support investments in better networks.

Although the specifics of Wheeler’s proposal are still unpublished, the Post reports that “momentum has been building recently for far more aggressive regulations than Wheeler had initially proposed.”

A former Comcast lobbyist, Wheeler supported ending net neutrality as recently as May of 2014, but began planning to expand the FCC’s authority over internet service providers later that year—particularly as President Barack Obama continued to voice ever-growing support for stronger regulations.

Specifically, Obama called on the FCC to govern ISPs using Title II of the Communications Act, which would reclassify the internet as a public utility.

Friday’s news clears up weeks of speculation over when the FCC would take its next step on net neutrality. However, as the Post explains, setting a firm meeting date so near in the future means that Wheeler “does not see the need for more public input on the benefits and drawbacks of using Title II… It also implies the FCC will not be able to avoid a showdown with Congress over net neutrality.”

Bolstered by regaining control over the Senate, Republicans are expected to introduce their own legislation on net neutrality soon. The industry-backed proposal, while banning the use of fast lanes, would nonetheless avoid using Title II to reclassify the internet as a public utility.

1 thought on “FCC Sets Deadline for Vote on Net Neutrality”