“This is more sinister than at first thought.

The Russians under Vlad, are preparing for armageddon, whilst we sit idly by.” 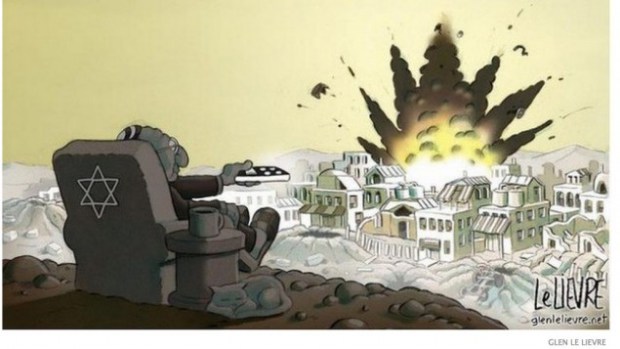 ed note–if there were ever a ‘Cuban MIssile Crisis’ event that people needed to be worried about, it is now, with the deliberate acts of war being waged against a nuclear-armed Russia by America and the West out to do Israel’s bidding. Putin’s Russia is the ony substantive, credible (meaning nuclear) challenge to the status quo in the Middle East with its support of Iran, Syria, Hezbollah, etc, and all persons on planet earth concerned with life and limb need to understand that these acts of war being waged against Russia’s economy are not going to go ‘unresolved’.

With all of this taking place before the eyes of the world, how anyone with 3 functioning brain cells can still entertain the notion that Putin and Russia are just ‘playing their part’ in helping the powers-that-be achieve their NWO only underscores how mentally-deficient certain ‘neighborhoods’ wthin this ‘movement’ are.

When Slava Rabinovich left the Soviet Union in 1987, 70 years of “planned economy” financial gridlock had made basic goods scarce and opportunities for an ambitious 21-year-old even scarcer. Although Gorbachev’s perestroika had started in January 1987 and sought to introduce gradual reform, daily life was an obstacle course with hours spent waiting in lines to purchase basic necessities.

As the country lifted restraints on free speech, nationalist forces — including vocally anti-Semitic ones — were unleashed. As Rabinovich packed his bags, he, like many Russian Jews, knew that whatever the future held in the United States, he was going to be more secure there than in Leningrad.

He came back to Russia in 1996. A freshly minted NYU Stern MBA, he was recruited by Hermitage Capital Management, a Russia-focused investment fund. Today he runs his own fund out of Moscow and in the last six months has acquired a near-celebrity status. But not as an investment banker.

Today Rabinovich is Russia’s most popular financial commentator — and he does it all on Facebook.

The banker-turned-media personality spoke to the Times of Israel from Moscow via Skype in a conversation that clarifies his political persuasions, his forecast for the failing federation and his worst-case scenario for Russia.

After Russia occupied Crimea in February 2014 and started encroaching into eastern Ukraine by proxy, the United States and the European Union introduced economic sanctions against the regime of President Vladimir Putin.

In late July Rabinovich started writing about the potential impact of sanctions on the Russian economy and as Russia’s investment rating plunged, his Facebook popularity skyrocketed, going from 500 friends to over 40,000 followers by mid-December 2014.

On Facebook, Rabinovich explains what is happening in the financial markets in witty, often profane language. While most of his status updates are economic analysis presented in layman’s terms, many are political.

Rabinovich unequivocally states that Putin’s policies caused Russia’s current economic woes and calls for him to step down. He also vocally supports Ukraine’s independence in face of the Russian invasion, and criticizes the government in Kiev for procrastinating on reforms.

‘As we speak, financial markets and banking connections with Russia are being cut off’

His main claim – and a recurrent topic of his Facebook updates – is that international sanctions and its primary result, lost investor confidence, are progressively isolating the country from global financial markets, making Russian capital and assets toxic for investors.

“Over the last few years big international banks, HSBC and BNP Paribas among them, have paid close to $12 billion to the US government for breaking the sanctions imposed against Sudan, North Korea and Iran,” Rabinovich tells the Times of Israel. “Dealing with a country under sanctions is just not worth it, and as we speak, financial markets and banking connections with Russia are being cut off.”

Rabinovich says Putin and his advisers are driving the country toward a catastrophe. If the Kremlin keeps it up, says Rabinovich, Russia will experience a total economic collapse within months.

How have things become so dire?

“If you look at investment conferences as late as 2011, Putin used to say all the right things. He used to say, ‘Russia is number 140 on the list of countries in terms of ease of doing business. We know how to move it into the first 20.’

“When one heard these things, one wanted to get up and applaud. People did that, and I did as well. One used to think, even if they [the government] do 25% of what they are describing, Russia’s investment rating will be reviewed up,” he says.

“They did nothing of the sort though — they did the opposite,” he says.

Russian economy is almost entirely dependent on imports — and on high prices for oil, its main export. Falling oil prices, international sanctions and Russia’s counter-sanctions, including import bans, have made the Russian ruble tumble.

Russians have lost more than half of their disposable income since the beginning of the year. While many didn’t believe the sanctions and the resulting economic downturn would impact them, signs of crisis are now hard to ignore.

As you read this, Muscovites are shopping furiously to snatch up import goods before prices double. Some retailers review prices daily; others list prices in “conditional units” (listing in the more stable US dollar is illegal). Apple has stopped online sales to Russia altogether, saying the ruble is too volatile.

Putin and his close circle were trained in subversion and propaganda by the KGB, says Rabinovich, and do not understand the complexity and interdependence of international financial markets. As their anti-Western rhetoric and policies erode investor trust, Russia slides into Soviet-style isolation. Yet Russia’s economy today is so closely linked with the global markets that isolation will mean total economic meltdown.

This comes at a time when the federal government in Moscow is spending billions to prop up the falling national currency and as the Kremlin rapidly runs out of money, it is losing its grip on problematic regions such as terrorist hotbed Chechnya.

Rabinovich predicts that when the federal government will no longer be able to offer financial incentive to the regions, Russia’s feeble federalism will crumble.

Rabinovich’s worst-case scenario, however, is an outcast Russia in the world’s financial markets with Putin “clinging to power.” He says that unless Russia reverses its aggression in Ukraine, cuts out the nationalist, isolationist rhetoric, and undertakes judicial and economic reform, collapse will start in a matter of months in Russia’s outlying regions, especially in provincial one-factory towns.

In this scenario, when trade links with overseas clients and suppliers get cut, hundreds of thousands of people will lose their livelihoods. And when they go out into the streets, Moscow will drown the protests in “rivers of blood,” says Rabinovich.

Russia is a dangerous place for government critics but for some reason Rabinovich doesn’t seem concerned about his personal safety. He believes his email is monitored and phone conversations recorded, and while the wheels of his jeep were punctured on two occasions earlier this year, he downplays the danger, saying that he hasn’t noticed anything suspicious beyond that.

Rabinovich’s forecasts have so far been spot-on. He often ends his Facebook status updates by writing, “I am not saying what might happen. I am saying what will for sure happen.”

Even Slava Rabinovich would like to be wrong about Russia.