No obvious catalyst yet, aside from pure triple-witching anticipatory stop runs, but: 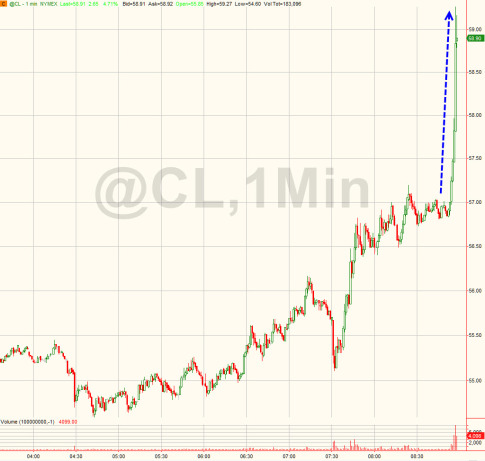 The move has the feel of a liquidation and we note that NOK has surged as this move in crude occurs, totally decoupling from earlier correlations. 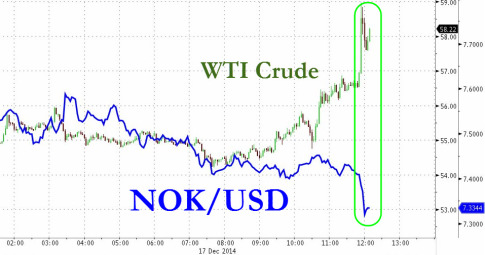 “They want to reduce volatility and strengthen the ruble, and they are preparing the ground for Putin’s speech tomorrow,” Per Hammarlund, the chief emerging- markets strategist at Skandinaviska Enskilda Banken AB, says by e-mail today.

So Russia is selling USD, supporting RUB, which is sending energy higher, which is causing a short squeeze, which is pushing stocks higher.

Most active futures contracts since 10am – can you spot Crude oil? $CL_Fpic.twitter.com/7BjDqLiSUd