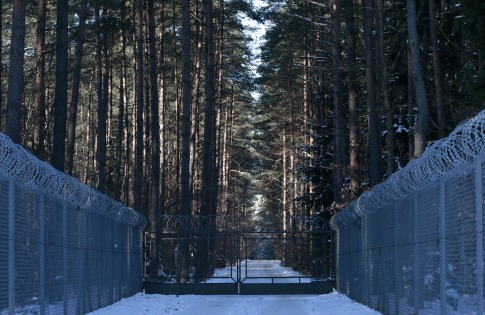 A former head of Romania’s intelligence service said the CIA may have kept detainees in a “transit centre” in Romania but that Bucharest was unaware of the activities conducted at the site.

After September 11, 2001, Romania and the United States talked about “centres of support for the CIA, sites that the Romanians would place at the disposal of CIA representatives, where they could organise the activities that they wanted to carry out in other countries,” Ioan Talpes said in a video interview with the daily Adevarul.

“There was no site called a detention centre from the beginning. It was simply a transit centre,” he said, noting that Bucharest at the time was awaiting a green light to join NATO.

“The Romanian side was not interested in what the Americans were doing, purposely to show them that they could trust us,” said Talpes, who headed Romania’s Foreign Intelligence Service from 2000 to 2004.

“What is certain is that we were not aware of the presence of detainees,” Talpes said in the interview posted online today.

A bombshell report by the US Senate revealed that the CIA had used torture to interrogate prisoners after the September 11 terror attacks.

The report said 119 people were captured and held in “black sites” in other countries that were never identified, but apparently included Romania as well as Poland, Lithuania, Thailand and Afghanistan.

Romania has never acknowledged the existence of secret CIA prisons on its territory.

Ion Iliescu, who was president at the time, said this week that he “knew nothing” of the matter, while Prime Minister Victor Ponta said the foreign minister should reply to questions on the issue.

But the foreign ministry declined to comment. – AFP, December 13, 2014.
– See more at: http://www.themalaysianinsider.com/world/article/us-may-have-had-black-site-in-romania-says-ex-spy-chief#sthash.eLv8TdsX.dpuf