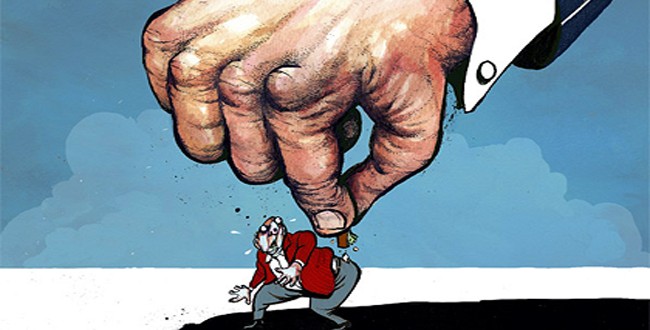 While on the one hand, Iceland’s decision to inch towards lifting its capital controls is a positive step, it appears what they give with one hand they are taking with another. Just as we predicted three years ago, the muddle-through has failed and there are only hard choices left and sure enough BCG’s envisioned ‘wealth tax’ appears to be rearing its ugly head once more. As Morgunbladid reports, Iceland plans to impose an exit tax as part of removing capital controls, anticipating all bank assets will be subject to the levy, regardless of whether assets are held in local (ISK) or foreign exchange.

Iceland’s plan to impose an exit tax as part of removing capital controls anticipates all bank assets will be subject to levy, regardless of whether assets are held in ISK or FX, Morgunbladid reports without saying how it obtained the information.

Part of program may also include forcing foreign holders of ISK assets to swap ISK at discount to a 30-yr FX bond; bond to carry interest rate less than 3%: Morgunbladid

…between household, corporate and government debt, the developed world has $20 trillion in debt over and above the  sustainable threshold by the definition of “stable” debt to GDP of 180%.

The facts according to which all attempts to eliminate the excess debt have failed, and for now even the Fed’s relentless pursuit of inflating our way out this insurmountable debt load have been for nothing.

The facts which state that the only way to resolve the massive debt load is through a global coordinated debt restructuring (which would, among other things, push all global banks into bankruptcy) which, when all is said and done, will have to be funded by the world’s financial asset holders: the middle-and upper-class, which, if BCS is right, have a ~30% one-time tax on all their assets to look forward to as the great mean reversion finally arrives and the world is set back on a viable path.

Slowly but surely it is being enacted…