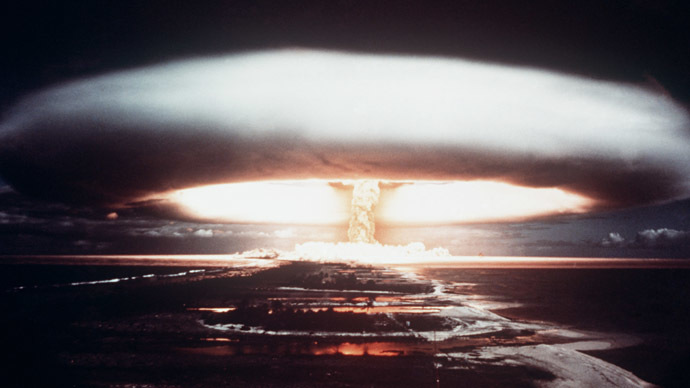 The exercise, dubbed ‘Regenerate’, was devised to prepare Britain to cope with a massive nuclear attack. The project aimed to create back-up measures in the event of a World War Three scenario.

The Cold War experiment’s strategic means of dealing with such a disaster entailed assembling and recruiting a large group of officials, who would report to 12 carefully selected commissioners. Under the project, swathes of police officers, state officials, military officers and fire services were to be stationed beneath them.

All were to be dispatched to underground bunkers, across the state,ready to emerge in the aftermath of the assault to restore law and order and rebuild the nation.

The project’s architects predicted the most likely targets and forecast the immediate and residual damage of such attacks.

At the points of impact there would be “unimaginable” destruction, while further out, broken panes of glass and “debris in the streets” could be expected, the documents suggest.

Scientific advisers, engaged in the project, estimated that 50 percent of Britain’s landmass would remain intact following such strikes. Lingering survivors, however, could be plagued by illness from radiation poisoning, the files predicted.Central to the planning phase of the Cold War exercise was the consideration of how law and order would be preserved in the aftermath of such an onslaught.

Jane Hogg, a Home Office official cited in the National Archive documents, predicted police officers would be occupied in assisting “inadequate” individuals. Others, therefore, would have to be recruited to preserve law and order, she suggested.

Hogg further claimed that psychopaths would be “very good in crises” as “they have no feelings for others, nor moral code, and tend to be very intelligent and logical.”

Her superiors, however, were unconvinced by the proposal.

“I am not at all sure you convince me. I would regard them as dangerous whether or not recruited into post-attack organization,” one senior wrote.

British historian and author of The Secret State, Lord Hennessy, was bewildered by the defense project and the suggestion that psychopaths could maintain order amid the chaos.

He described Hogg’s suggestion as “extraordinary” and “bizarre.” Hennessy acknowledged, however, the idea was ruled out “pretty quickly.”