Wow, what a prospect! 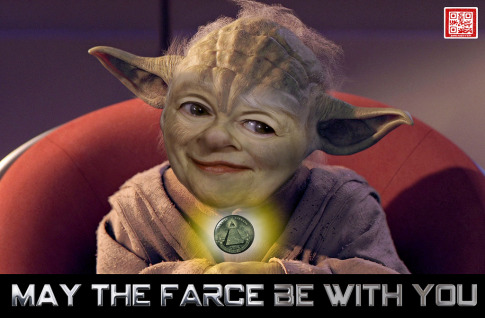 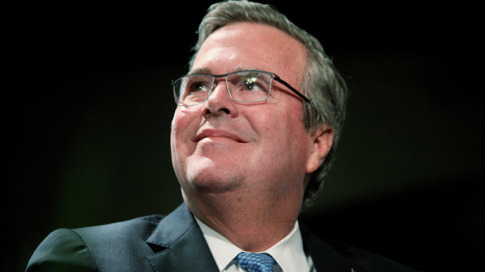 Will the White House soon host another President Bush? According to family members, Jeb Bush — a son of former president George H.W. Bush and the brother of the current president’s predecessor, George W. Bush — is eyeing the oval office.

With the 2016 presidential election now nearly just two years away, potential candidates are becoming increasingly pressured to announce once and for all if they’re willing to throw their hat into the race. Former Florida governor Jeb Bush has long been rumored to be considering a run in 2016 under the Republican Party ticket which, if successful, would make him the third Bush to win a presidential election in 30 years. Now, two of his sons are lending credence to those rumors by telling the media that the odds are better than ever that Jeb Bush will run in 2016.

“No question,” Jeb Bush Jr., another son of the former governor, added to the New York Times, “people are getting fired up about it — donors and people who have been around the political process for a while, people he’s known in Tallahassee when he was governor. The family, we’re geared up either way.”

Additionally, Jeb Jr. added to the Times for an article published on Sunday that his mother, Columba Bush, has given Jeb Sr. her go ahead to pursue the White House. And according to one “family insider” quoted anonymous by the Times’ Peter Baker, George W. Bush — or “Bush 43,” as he’s often called to differentiate himself from his father, George H.W. Bush, or “Bush “41” — wants his brother Jeb to enter the race.

“The one person who is really, really trying to get Jeb to run is George W.,” the source told Baker. “He’s talking it up all the time.”

“The family will be behind him 100 percent,” George P. Bush, Jeb Bush’s eldest son, added during the ABC News interview over the weekend.

Should Jeb Sr. embrace his family’s urges and formally announce his intent to run for president, then he is expected to get a type of boost that other GOP candidate could only hope for: along with the direct familial links to two former presidents, a Bush 2016 campaign will also almost certainly gain the support of the Washington elite that worked with both of those administration for a combined 12 years in the White House. In the Sunday article published by the Times, Baker wrote that the “Bush clan” extends beyond just common kinship, and includes decades’ worth of high-power shot-callers equipped with not just the influence, but also the monetary means that could make securing the GOP ticket, and even the White House, easier to accomplish when compared to other potential contenders.

“And then there is the larger Bush clan, the vast constellation of friends, advisers, strategists, pollsters, fund-raisers, donors and supporters assembled over several generations in public life,” Baker wrote. “With Jeb Bush, the former two-term governor of Florida, comes one more chance to reach the top. ‘They’re like horses in the stall waiting for the gate to break,’ said one family insider who has known Jeb Bush for decades and like others did not want to be named. ‘They’re all jumping up and down.’”

That isn’t to say, however, that a Bush ticket in 2016 will have the full support of the GOP. Other Republicans have been hesitant to formally announce their interest in the next presidential race, and Hillary Clinton — long rumored to be the Democratic Party’s likely pick to try and preserve the White House for the left — has all but confirmed as much. Nevertheless, Boston Globe columnist Kimberly Atkins argued on Monday this week that Jeb Bush leaves more to be desired, as far as some Republicans are concerned.

“Many Republicans, especially conservatives in crucial early voting states such as Iowa, shudder at the idea of the type of comprehensive immigration reform that Bush advocates. Others bristle at the mere idea of Common Core in their kids’ schools, another policy Bush backs. Many remain irked at his refusal to sign a no-new-taxes pledge. Still more must hold their noses before the idea of another Bush in the White House is even palatable,” Atkins opined. “But smart members of the GOP will keep their eye on one overriding fact: Bush gives the party its best shot at beating Hillary Clinton.”

Jeb Bush Sr., 61, served as the governor of Florida from 1999 through 2007. His son, George P., previously told the media that he wanted to see his father on the 2012 GOP presidential ticket that was eventually won by Mitt Romney.