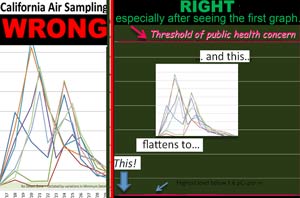 Society of Environmental Toxicology and Chemistry (SETAC) 35th Annual Meeting — The Fukushima Legacy, Nov. 13, 2014: In the face of lack of knowledge and data from regional governments regarding potential risks of Fukushima-associated radiation in the Pacific Northwest [there’s a] need to conduct lines of research and monitoring aimed to understand baseline data and bioaccumulation potential of radionuclides and radiation risks… Fukushima… emerged as a global threat for the conservation of the Pacific Ocean, human health, and marine biodiversity… Despite the looming threat of radiation [there’s a] lack of radiation monitoring [in] Canada and United States. This is unfortunate, as the potential radioactive contamination of seafoods through bioaccumulation of radioisotopes in marine and coastal food webs are issues of major concern for the public health of coastal communities. Particularly vulnerable are First Nations that rely strongly on… seafoods and fish… The effects of radioactive contamination are likely to affect other top predators, including fish-eating marine mammals inhabiting offshore and coastal habitats of the region… concerns and questions remain about the long-term exposure and bioaccumulation of radioactivity in marine food webs…

SETAC — Prof. J. Alava and F.A. Gobas, Simon Fraser Univ., Nov. 13, 2014: [T]o track the long term fate and bioaccumulation of 137Cs in marine organisms… we assessed the bioaccumulation potential of 137Cs in a North West Pacific food-web… [Specifically, the] marine mammalian food web… outcomes showed that 137Cs can be expected to bioaccumulate gradually… [The] magnification factor for 137Cs [was] from 5.0 at 365 days of simulation to 30 at 10,950 days. From 1 year to 30 years of simulation, the 137Cs activities predicted in the male killer whale were 6.0 to 182 times 137Cs activities in its major prey [Chinook salmon]… This modeling work showed that in addition to the ocean dilution of 137Cs, a magnification of this radionuclide takes place in the marine food web over time.

SETAC — Dr. Erica Frank, Univ. of British Columbia, Nov. 13, 2014:  [Fukushima Daiichi is causing] ongoing radioactive contamination of coastal waters, and eventually the Pacific Ocean. This has spurred worldwide concern around conservation of marine plants… animals [and] human health… [The] accident has important implications for public and environmental health policy in North America… there is the lingering question of the effects of long-term exposure, bioaccumulation of 137Cs in marine food webs, and potential health effects on human populations. Despite all of these concerns, there is currently a paucity of [gov’t] monitoring…