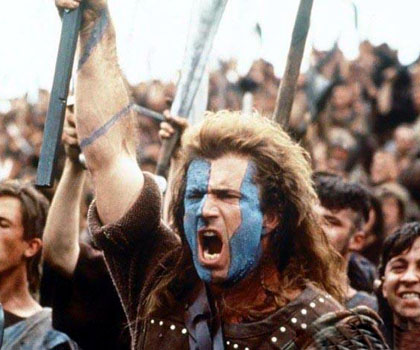 For those just catching up on the main news event of the weekend, namely the sudden surge in Scotland “Yes” vote polling surpassing 50% for the first time, here is a complete round up of the background, updates and expert reactions from RanSquawk, Bloomberg and AFP.

ANALYSIS: THE CASE OF SCOTTISH INDEPENDENCE

The “No” party – the unionists – are led by Alistair Darling, former Chancellor of the Exchequer, previously held a lead over the nationalists but this has reversed in the most recent polling, with the ‘No’ vote holding 49%.

The “Yes” party – the nationalists – are led by Alex Salmond, Scotland’s First Minister, and harbour hopes of swinging the referendum in their favour as latest polls suggest they have been overtaken the ‘No’ camp by 2ppts.

Serious doubts remain over the future of Scotland’s currency if the nationalists win. Salmond has repeatedly stated his intention of keeping the GBP, but all 3 main UK parties have made clear they would not be willing to share their currency and central bank with a foreign state. Also, a potential use of the GBP without a currency union would not be compatible with EU membership, as the EC requires member states to have a monetary authority of their own.

HOW WILL THE MARKET REACT?

“No” Victory – Given the somewhat complacent attitude market participants have had towards the vote indicates that the upside in riskier assets is limited in case the unionists win the referendum with a large majority. Nevertheless, expect to see some tightening in spreads of the shorter-dated implied volatilities which have widened heading into the risk event.

However, a close vote could lead to a second referendum in 5-10 years and as such, changes to UK regional governance would take place as a result of more devolution, with additional powers going to Scotland such as more autonomy over taxation. In turn, business leaders, including the head of Standard Life and RBS, will have to decide as to whether to relocate their headquarters to the UK or stay in Scotland depending on what type of policies Scotland decides to pursue with its additional powers.

“Yes” Victory – Great uncertainty revolves around an independent Scotland, specifically due to the lack of clarity over the potential new fiscal arrangements such as interest rates, taxation, investor protection, financial stability and monetary policy.

There is a considerable downside asymmetry between potential gains from a resounding victory for the “No” party and a close vote or surprise victory for the “Yes” party. If polls continue to suggest a narrowing of the unionists’ lead, markets should become more sensitive. GBP should weaken in the run-up to the vote and fall sharply if Scotland vote for independence. More specifically, analysts at Societe Generale expect that on the actual date of the referendum, a Scottish “Yes” vote would trigger an immediate fall in GBP, between 3 – 5%.

The question of whether a go-it-alone Scotland will be able to keep the GBP in partnership with the remaining parts of the U.K. has dominated the independence debate with all the major parties in London saying they would oppose it. Scottish First Minister Alex Salmond has argued they would change their view once negotiations began after a Yes vote and has said Scotland would refuse to pay its share of the U.K. national debt (some see this as high as GBP 140bln) if they didn’t give in.

Scottish equities should suffer, with the effect on UK stocks expected to be mixed. Analysts at Barclays believe a “Yes” vote would have a minor negative impact on the UK stock market. However, they say independence would pose significant difficulties to both economies and hit several London-listed companies such as BG Group, RBS, Lloyds, Diageo and BAE Systems. The adverse impact would come through considerable uncertainty over the scale of potential currency fluctuations, the increased risk premium associated with a new, independent currency, and the limited belief in a Scottish central bank’s ability to act as a lender of last resort. Conversely, airline stocks such as easyJet, Ryanair and IAG should benefit as the “Yes” party have already committed to slashing Passenger Duty and possibly eliminating it altogether.

Supporters of the United Kingdom began a fightback on Monday to stop Scotland voting for independence in next week’s referendum after an opinion poll put the separatists ahead for the first time. The shock survey put the “Yes” campaign two points ahead after months of a strong lead by unionists, causing the pound to slump to a 10-month low on fears that a break-up of the 300-year-old union was now a real possibility.

The leader of the Better Together campaign, Alistair Darling, insisted that other polls put the unionist campaign ahead but admitted it was “clearly very tight” ahead of the September 18 vote.

“We’re in the position now where every voter in Scotland could potentially tip the balance in this referendum. But I am confident that we will win,” the former finance minister told BBC radio.

‘Ten days to save UK’

This weekend’s poll has shaken up a campaign that until just a few weeks ago looked almost certain to end in defeat for the independence campaign. The YouGov poll in The Sunday Times newspaper gave the “Yes” camp 51 percent support compared to the “No” camp’s 49 percent, excluding undecided voters. Six percent said they had not made up their minds. The two-point gap is still within the margin of error but Peter Kellner, the president of the YouGov pollsters which carried out the survey, said it was a major development.

“The ‘Yes’ campaign has not just invaded ‘No’ territory; it has launched a blitzkrieg,” he wrote in a blog posting.

The poll finding was front-page news on British newspapers on Monday, with many running the same headline: “Ten days to save the union.”

The poll has increased the pressure on British Prime Minister David Cameron, who agreed to a referendum but has been accused of failing to fight hard enough to keep Scotland in the UK.

Media reports suggest that some lawmakers in his Conservative party are discussing whether to call a vote of no confidence in the premier in the event of a “Yes” vote.

However, Cameron has insisted he has no intention of resigning and will lead the Tories into the next British general election in May next year.

Cameron spent the weekend with Queen Elizabeth II at her Scottish summer retreat in Balmoral, where the referendum is likely to have been a topic of discussion.

Officially the monarch has remained neutral, although some newspapers quoted royal sources as saying she is “horrified” at the prospect of a break-up of the UK.