esterday the market soared (and then forgot to correct) following fake news (subsequently rejected) that the leader of the east Ukraine rebels, Igor Strelkov, has been seriously wounded. It took minutes for the correct story to come out (he was ok), but now a follow up report indicates that something is indeed afoot in the Donetsk People’s Republic, where moments ago, RIA (the infamous Russian news agency which set off Friday’s market surge with its “deescalation” tweet) reported that Strelkov has resigned from his official post as Defence Minister of the breakaway republic. 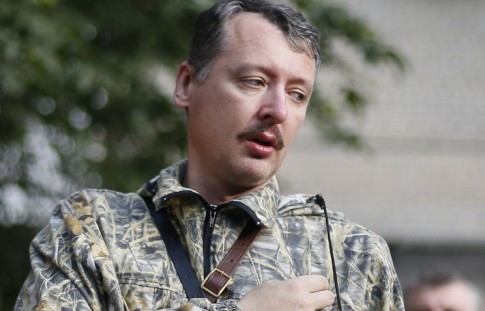 The commander of the militia, the defense minister of breakaway People’s Republic of Donetsk (DNI) Igor Strelkov resigned in connection with his transfer to another job, reported the press center of the DNI.

“At today’s meeting, the Council of Ministers granted the request for dismissal from the post of Minister of Defense for Colonel Igor Strelkov in connection with his transfer to another job,” – said in a statement.

In connection with Strelkov’s resignation, Vladimir Kononov was appointed as the new Minister of Defence and tomorrow his candidature will be approved. The Chairman of the Council of Ministers, Alexander Zaharchenko, told that Strelkov will do other “important work.”

It would appear that a big shift is coming to the strategic positioning of the breakaway region. For now it is unclear just what said change is, but the confluence of events, including the Russian humanitarian convoy and the top leadership resignations are more likely than not connected.