With Iraq having succumbed to sectarian violence worse than anything observed in recent history, which accordint to many was merely exacerbated by US neocon ambitions to feed the ravenous military industrial complex, one can easily discard the opinion of all those on both sides of the argument – first those who said a US intervention was critical, as well as those who demanded a pull out. In fact, the only person who has preserved any credibility, and has not been “surprised” by the recent developments – is the man who said to never get involved in the first place – Ron Paul.

But what about those who were tasked with implementing US foreign policy, flawed as it may have been: America’s veteran troops.

The WSJ has compiled several opinions of precisely those men and women who served in Iraq during the invasion and occupation. At least for some of them what is happening now is hardly surprising. “When I left in April 2009, I said, ‘In five years there’ll be a civil war,’” said Keith Widaman, a former Marine staff sergeant who helped train Iraqi law enforcement during his deployment. “The Sunnis were stockpiling weapons and they weren’t using them against us. They were just holding on to them.”

Mr. Widaman, who currently lives in Washington, was stationed near the Syrian border, in Al Qaim, and said that area was mostly calm. But even there he noticed that the central government didn’t have the support of the local populace. In Mosul the situation was even worse.

“There was just so much resistance, they never got it under control,” he said. 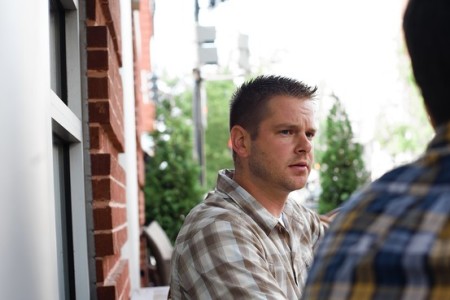 Others are just disappointed by the local army’s response:

Matthew Sinsigalli’s infantry battalion with the Army’s 101st Airborne Division was part of the invasion in March 2003. He then spent most of his yearlong tour in Mosul, where his unit’s duties included training Iraqi military and police.

“For them to just drop and flee, that’s disheartening to see after all the effort put into it when we were over there,” he said. “To see that fall, a place where we lost friends, that’s really a blow,” said Mr. Sinsigalli, who left the Army in 2004.

Yet others believe that America’s mistake was simply refusing to make Iraq yet another colony of the US global empire:

Several of the veterans said the U.S. had a responsibility to stay involved. Chris Schuster, 34, a Navy veteran who served two tours in Iraq in 2003 to 2005, said he had mixed feelings watching reports this week about the developments in Iraq. “Once you’re involved, you have a responsibility,” he said. He is now a student at Clemson University in South Carolina.

At least one person realizes that the entire US approach of solving global conflict through the imposition of Pax Americana, and even more military involvement, especially where US interests are at stake, needs a major rethink:

William “BJ” Ganem, who lost part of his left leg and suffered traumatic brain injury in Iraq in 2004 after an improvised explosive device hit his vehicle while on patrol, said he hopes the U.S. thinks hard about its approach, and takes a “holistic” view.

“I’m not sure we’re understanding the problem happening in the Middle East,” said Mr. Ganem, who lives in Reedsburg, Wis. “We need to spend time, step back and think about what the best approach is, what the root of the problem is.”

However with so much corporate money at stake, the last thing the US mega-corps, for whom even the slightest delay in promoting re-escalation and not letting yet “another crisis go to waste” means lost revenue, can afford to do is wait.

Finally, while it is handy to poll the invaders, be it those sitting behind desks or wielding an M-16, all of whom hide behind the idealistic banner of “democratic liberation”, perhaps the real answer should come from the Iraqis themselves what they want: was it their vision of a better world one which involved US armed presence in their (and neighboring) country, and one which has pushed sectarian violence and brutality to unseen levels.

And not just Iraq but Libya, Egypt, Ukraine, to name just a few from the past few years alone.

Sadly we will never get the real answer.