– China Halts US Dollar Transactions With Afghan Banks (ZeroHedge, May 22, 2014): 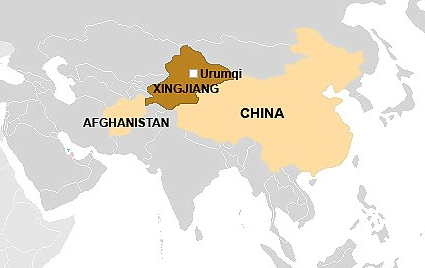 Chinese banks have halted dollar transactions with most Afghan commercial banks, the central bank governor said on Thursday, making it difficult for businesses to pay for imports with one of the Afghanistan’s biggest trading partners.

“China is a major country that was handling those bank transfers, and now they have told the banks they can’t do it,” governor Noorullah Delawari told Reuters.

The impact on business had been felt immediately, he said.

De-Dollarization or Anti-Terrorist action? The official story is as follows:

The Chinese move was part of the trend in which it was increasingly difficult for Afghanistan’s commercial banks to execute international transactions, Delawari said. “Some of our banks cannot do any direct transactions because their correspondent banks in the U.S., Europe, Germany, or Turkey (have halted transactions),” he said.

“Now even transferring money to China to import goods has been affected.”

The Afghan government’s failure to pass key measures means that it could in June be blacklisted by Financial Action Task Force (FATF), an international body that sets standards on how countries combat money laundering.

Banks have been struggling since FATF threatened Afganistan with the blacklist early this year.

“That has been affecting our banks ability to transfer money for anything,” Delawari said, describing how students abroad were unable to receive money from there parents as an example.

Chinese banks and officials were not immediately available for comment.

Because, apparently, now even the Chinese banks are suddenly very concerned about money laundering compliance. In the meantime, Afghanistan: meet gold.

1 thought on “China Halts US Dollar Transactions With Afghan Banks”