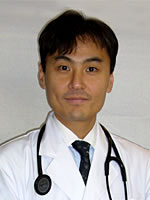 – Fukushima local newspaper “Nosebleed in Fukushima prefecture has nothing to do with radiation” (Fukushima Diary, May 5, 2014):

One of the major Fukushima newspapers reported that Fukushima citizens cannot have nosebleed due to the radioactive contamination.

It was “Fukushima Minpo”. They referred to Professor. Takamura from Nagasaki University (The picture above).

In the contributed article, Takamura commented that people can have unstoppable nosebleed when exposed to over 500 mGy (=500 mSv) at once, however Fukushima citizens haven’t had such exposure dose since 311.

– Author had bouts of nosebleeds, plagued by unusual fatigue after Fukushima plant visits — Group of newspaper journalists “confess to suffering similar symptoms” — Official unbearably sick since 3/11, many residents are too they just don’t say it openly — Worker: “This is like going to war”

– Fukushima Children Flee Radiation; ‘Getting Nosebleeds, Growing Pale And Lethargic’ – Father: ‘Cases Of Cancer Are Up … We Are Worried’ – Mother: Don’t Believe It’s As Safe As Gov’t Claims, Raising Questions Can Get You Branded A Troublemaker

– Fukushima Evacuee: 50% Of Children In Class With Nosebleeds At Same Time – Immune System Problems Reported By Many Families

– Japan: Thousands Report Massive And Recurring Nosebleeds – Doctors Know Their Patients Have Radiation Sickness But Forced To Keep It Secret

– Fukushima Children Show Signs Of Radiation Contamination: Nosebleeds, Coughs And Colds That Don’t End, Diarrhea That Lasts Too Long And Many Kinds Of Eye Problems (Video)

– Japanese Mayor: ‘I’m Losing My Hair And Have Nosebleed Everyday’ – Tokyo Hospital Refuses To Do A Blood Test For Radiation Exposure (Video)