As if emerging markets didn’t have enough things to worry about following a week in which both the Turkish and Argentina currencies are in free fall, overnight we got a stark reminder from Thailand that the country where the 1997 Asian Crisis originated, is also on the brink and getting worse following news that a anti-government protest leader was shot and killed.

Reuters reports, citing a spokesman for the national police, that the dead man as Suthin Tharatin – one of the protest leaders- was shot in the head and in the chest. 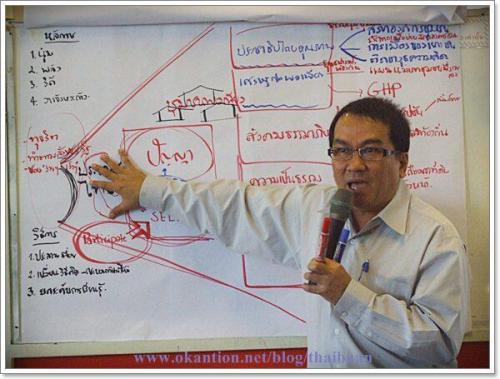 He was killed when when violence erupted as demonstrators blocked early voting in many areas of the capital ahead of a disputed election next week. “It brings the death toll to 10, with scores wounded, since protesters took to the streets in November, vowing to shut down the capital and force Prime Minister Yingluck Shinawatra from office.”

Still, in a world riddled with false flags attacks, it might be the case that provocateurs within the protesting group (potentially funded by a well-known destabilizing spy agency, usually abbreviated with three letters) were the ones who actually pulled the trigger. “It was not immediately clear who had fired the shots, but the protesters accused the government and police of trying to intimidate them. “The government has allowed thugs to use weapons,” Akanat Promphan, a spokesman for the protesters, told reporters. Private gun ownership is widespread in the country.”

Who may have fired the gun at this point is irrelevant; what matters is that not only will the Thai Baht continue to lose value in the coming days, and capital outflows will accelerate, but will add to doubts over whether the February 2 election can go ahead.

Yingluck called the February 2 election, hoping to cement her hold on power but the protests have continued and the Election Commission has been pushing to delay the vote. In a clear setback for Yingluck, a senior government official said that as many as 45 of the 50 polling stations set up in Bangkok for advanced voting had been shut because of anti-government protesters.

Chris Baker, a historian and Bangkok-based analyst, said the violence added pressure on Yingluck to delay the vote.

“It does weaken the government’s position. The protesters will blame this on the government,” said Baker. “With or without this incident the likelihood for violence was there already. I don’t think it changes in the trajectory.”

The protests are the latest eruption in a political conflict that has gripped Thailand for eight years and which is starting to hurt growth and investor confidence in Southeast Asia’s second-largest economy.

At its core, the ongoing clashes in Thailand are merely yet another expression of the rich vs poor class conflict that the billionaires in Davos fixed once and for all last week:

The conflict broadly pits Bangkok’s middle class and elite, and followers in the south, against mainly poor rural backers of Yingluck and her brother, ousted former premier Thaksin Shinawatra, in the populous north and northeast.

What the outcome of the Thailand escalations will be is still unknown, however in a globalized world that is more interconnected than ever, the inevitable plunge in the Thai economy is certain to have ripple effects across both other Asian economies and the rest of the world. And that is assuming the world’s MIT-indoctrinated central planners manage to halt the capital outflows from Thailand before yet another Asian crisis rears its head 17 years after the last one.