The nation may be slowly thawing from its deep freeze “polar vortex”, but that is no comfort for tens of thousands of Ohians, whose water supply has literally frozen in the past day after the valves at the Avon Lake Municipal Utility plant were planted in ice, dramatically lowering the supply of water. NBC reports that “tens of thousands of customers in several counties in Ohio are facing a dramatic water shortage after the intake valves at a key plant that draws water from Lake Erie apparently froze amid the wild winter weather.” As a result, the mayor of Avon had a modest proposal as a response to the caticestrophy: don’t flush your toilets. At least there is toilet paper, which is more than Venezuela, and its 480% returning in 2013 stock market can say.

Officials at Avon Lake Municipal Utilities west of Cleveland said Wednesday that the valves at the plant are caked in ice. Although they are still able to draw water, the rate is below typical demands — which means several surrounding cities could be hit by a veritable drought.

In a message on the city of Avon’s official website, officials called on residents to hold off on doing anything that uses a lot of water.

Avon Mayor Bryan Jensen sent out an emergency messages to locals asking them to hold off on laundry, baths and showers, according to Cleveland.com.

“We even ask people to refrain from flushing toilets as often as they used to until this can be resolved,” Jensen said.

The plant website said it provides water to over 200,000 people living in a 680-square-mile area made up of seven counties — including Lorain, Cuyahoga, Medina, Erie, Huron, Ashland and Wayne.

And in other polar vortex news, the Niagara Falls has frozen. 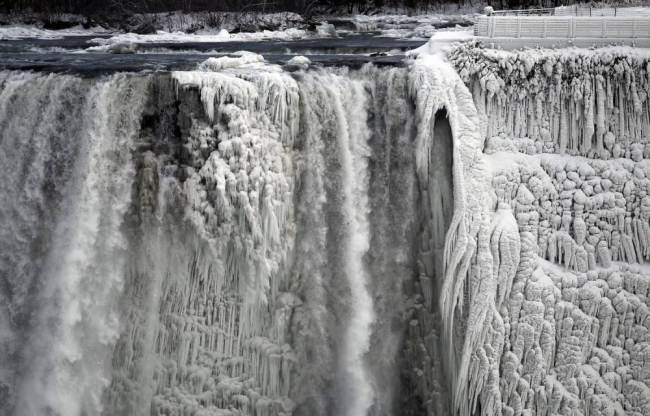 The polar vortex which affected large swathes of the US is expected to calm off this weekend (Picture: REUTERS/Aaron Harris) 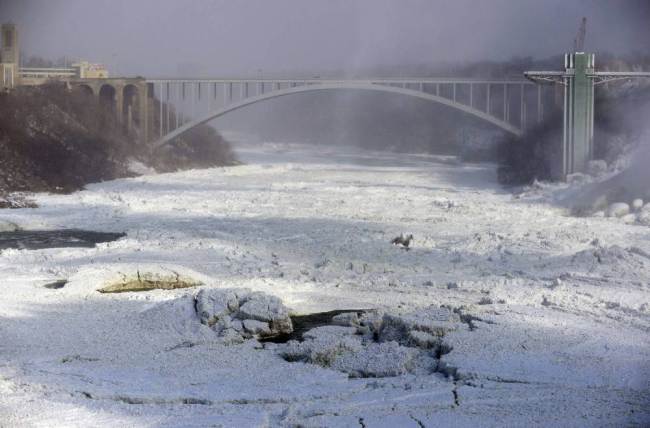 The Rainbow Bridge connects the US side of Niagara Falls to the Canadian side (Picture: REUTERS/Aaron Harris) 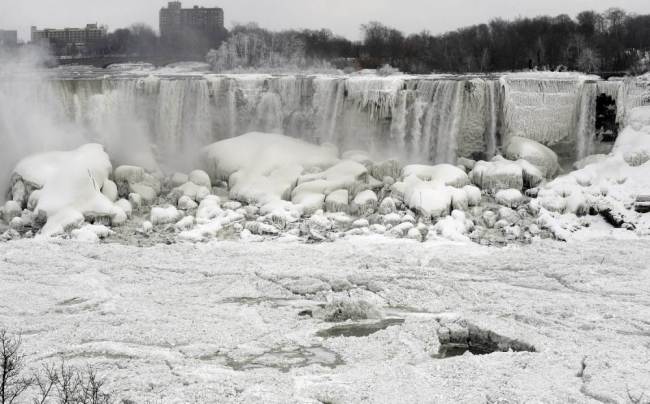 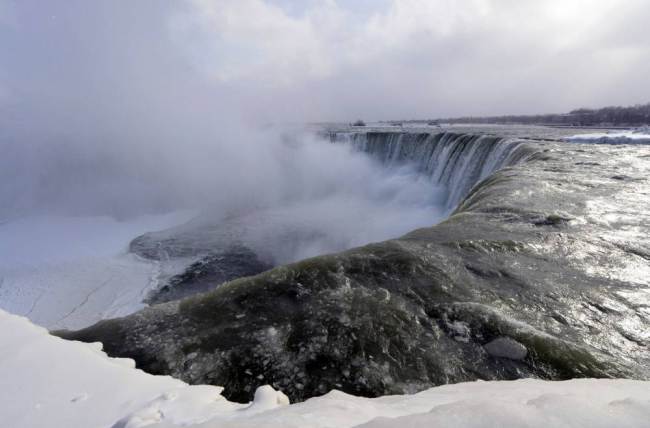 Ice chunks flow over the Niagara into its gorge (Picture: REUTERS/Aaron Harris) 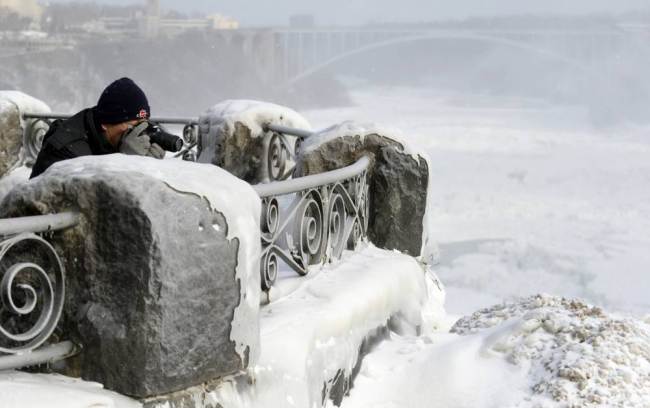 Visitors brave the cold to take a look at the beautiful sight (Picture: REUTERS/Aaron Harris)