Nothing lasts forever (as we’ve shown before) – except perhaps gold as a store of value it would appear. 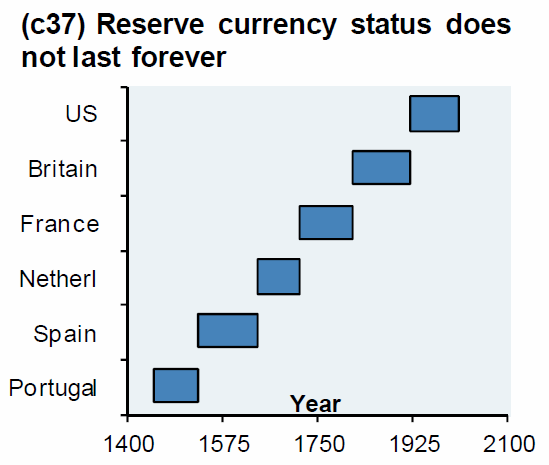 Central banks around the world are increasingly diversifying their currency reserves away from the US Dollar. Even as overall holdings soar to a record $11.4 trillion, the US Dollar accounted for 61.44% (down from well over 65% at the peak of the crisis in 2008). With China outspokenly concerned at the US Dollar’s future status, we suspect this will only become more ‘diversified’. 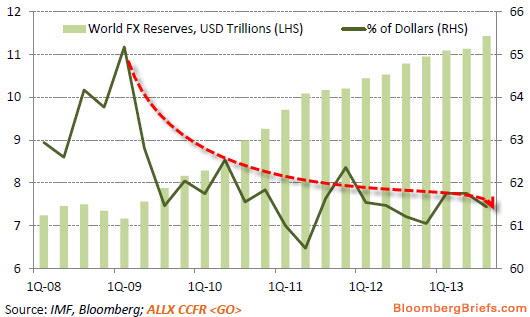