In my opinion the media is using every chance to give preppers a bad image and the Spartan Survival group is no exception.

“By failing to prepare, you are preparing to fail.”
-Benjamin Franklin

People like the Spartan Survival ‘preppers’ are one of many reasons why this blog’s name is ‘Infinite Unknown’.

How stupid would it be to tell people to stock up food, water, survival gear and have physical gold and silver outside the banking system and give away my name & address?

– Former US Army Intelligence Officer James Wesley Rawles: America Will Experience Weimar-Style Hyperinflation – ‘People Have No Idea What COLLAPSE Might Look Like’ (Video)

… and they all know exactly why they had to do this.

I like to have the advantage of being totally anonymous. You will not find photos or anything about me on the internet.

And I have all thought that through before I created ‘Infinite Unknown’.

For those that still think I am a paid disinformer I want to say to you, that there are many people on the interenet that have a nice biography and some of what they are posting also makes sense, but they are bought and paid for.

Not one disinformer out there is keeping his identity secret to my knowledge ( … because it wouldn’t make any sense).

But let’s just assume for one moment that I could be bought and paid for.

Take a close look at what I’ve posted on I. U. and tell me what kind of interest group would be willing to pay me?????

Those who still wonder why I want to be anonymous (and not give away my name & address), here is one of many reasons why …

If there was ever a case study on why preppers should be prepared to defend their supplies, the upcoming episode of National Geographic’s Doomsday Preppers would provide a perfect example.

So, not only would someone with supplies need to worry about everyday commonplace looters, they would need to be concerned about Smith and his band of merry marauders, whose survival plan seems to hinge on overwhelming force against those who have spent years gathering supplies and planning for a secure and peaceful existence.

National Geographic appears to have chosen Smith as a poster boy to give the preparedness-minded a bad name.  I wouldn’t set your DVR for this one – excerpts seem to indicate a show full of bad advice and ill-thought-out “strategies” from someone who refers to himself as “a professional deer hunter”. 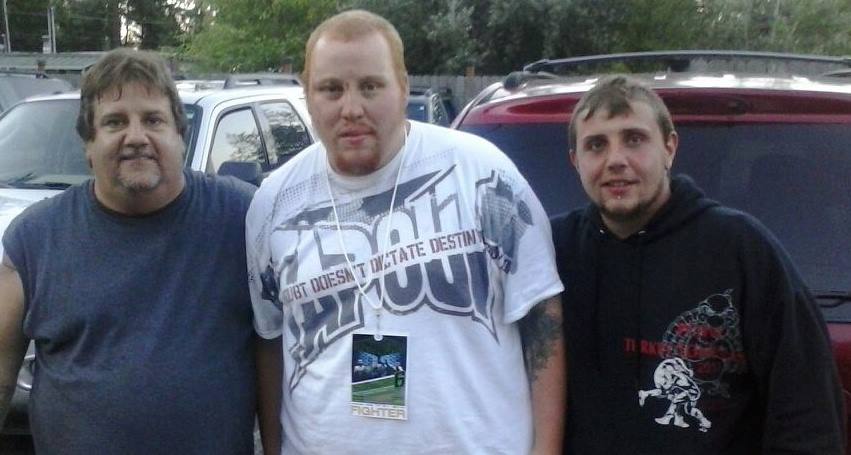 He refers to himself as the “apex predator” in his area, based on his home-made body armor and other survival gear.

Most preppers, Smith says, are concerned with marauders taking their supplies. It’s not an unfounded fear, he says.

“We are those people,” he says. “We’ll kick your door in and take your supplies. … We are the marauders.”  (source)

Smith has gotten a lot of bad comments from the prepping community and has responded with this literate response on his Facebook page [Author’s note: Smith’s Facebook page was removed today]:

idk what is worse the people that cant tell the difference between entertainment/tv hype? or the people that are commenting way beyond things I said talking about killing my family and raping my wife and or killing me preemptively I said I would do whatever is necessary to survive and if that means kicking in doors then yes that is the guy I will be. get a fucking life you troll keyboard warrior pieces of shit its reality tv if you thought entertainment wasn’t a possibility swallow your own 12 gauge barrel. Armor was meant to be for tv use only notice my modern plate carrier in pics above. and just so yall know your feeding into another show I have airing and your filling my pockets so for my house payments sake and new truck payment keep talking! if you thought anyone in there right mind would say that for free and not be expecting a reward you all are fools…as for my personal skills I know I can get better i know physical training is a top issue that’s all time consuming objectives and I am definitely working on it. better yet live your live prep and get ready because the end is coming. if you think your morals will survive the end times good luck and watch the whole episode and turn off selective hearing.

Let’s make one thing clear – Smith is not a prepper.  He is not representative of what we do.  He’s an embarrassment to the preparedness community.  He is a thug, plain and simple.  He’s an out-of-shape criminal who is afraid to get caught, so he’s waiting for the breakdown of law and order to commit the crimes he so clearly wishes to perpetrate, without fear of spending time in prison.

Preppers, beware.  Just because someone calls themselves a prepper, doesn’t mean that they have the same morals and values as the rest of us.  Unsavory people like Smith and his Spartan Survival group are out there, and they’re planning to come for our supplies.

This is what we prepare for.  And we’re ready for you, Mr. Smith.

4 thoughts on “Here’s Why Real Preppers Should Be Prepared To Defend Themselves: The ‘Spartan Survival’ Doomsday Preppers: ‘We Are Your Worst Nightmare And We Are Coming …’”