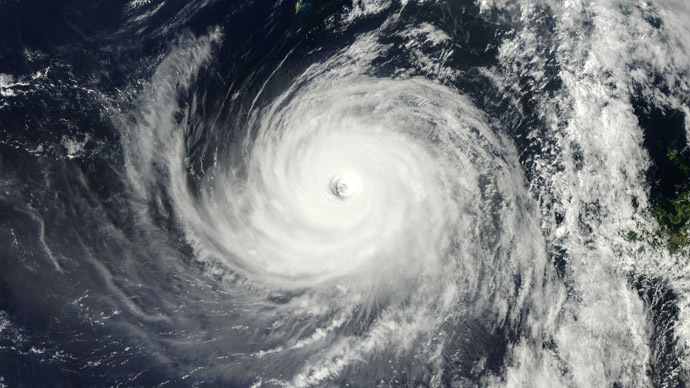 A powerful typhoon is bearing down on Japan – and its path is set to go through the crippled Fukushima nuclear power plant. It’s less than 24 hours until the storm is due to hit. The storm has been branded a “once in a decade event”.

The country’s weather agency has issued warnings of torrential rain and strong winds ahead of the coming typhoon, Wipha.

450 flights have been canceled across Japan in measures against the coming typhoon. The combined cancelations will affect 60,850 passengers, Japan Airlines Co said.

The typhoon is moving towards the country at a speed of 35 kilometers per hour, and is currently to the south of the country in the Pacific ocean.

Near its center, the speed of the typhoon can exceed 144 kilometers per hour.

“Wipha will remain a strong and expansive extra-tropical system as it tracks along the eastern coast of Japan,” the US-based Joint Typhoon Warning Center reported on its website.

The exact track of Wipha is crucial: if its center passes just west of Tokyo, a large storm surge would affect the city of more than 35 million people and potentially bring major flooding.

However, if its path takes it to Tokyo’s east over the Pacific, such an inland push of water would be avoided, according to the Washington Post.Early on Wednesday, the disaster is expected to hit Japan, and later in the day will reach the territory where the stricken Fukushima nuke plant is situated.

TEPCO (Tokyo Electric Power Co.) stressed that it was preparing for the disaster following the recent leaks of radiation-polluted water from the facility.

“We are making preparations for proper management of contaminated water… We will patrol places that could have inflows of water (from the storm),” a company spokesman told AFP.

Cables and hoses were bundled together, while ground and off-shore works have been halted, he also pointed out.

Earlier this month, TEPCO announced 430 liters of polluted water had spilt from a tank as the company’s employees tried to remove rainwater dumped at the plant by recent typhoons.

The contaminated water may well have flowed into the sea, TEPCO said.