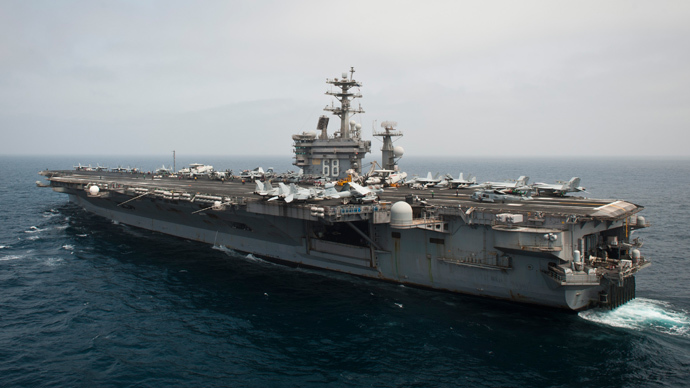 “If a warhead, by design or by chance, were to hit the Miniature Neutron Source Reactor (MNSR) near Damascus, the consequences could be catastrophic,” Aleksandr Lukashevich said in a Wednesday statement.

Russia’s Foreign Ministry urged the UN International Atomic Energy Agency (IAEA) to complete a risk evaluation as the US continues to seek support for military action. It asked the agency to “react swiftly” and carry out “an analysis of the risks linked to possible American strikes on the MNSR and other facilities in Syria.”

Lukashevich stated that the region could be at risk of “contamination by highly enriched uranium and it would no longer be possible to account for nuclear material, its safety and control.” He added that such material could fall into the wrong hands.

The IAEA said that it is aware of the statement, but it is waiting for a formal request asking the agency to complete a risk evaluation. “We will consider the questions raised if we receive such a request,” Reuters quoted an IAEA spokesperson as saying.

The agency said in a report to member states last week that Syria had declared there was a “small amount of nuclear material” at the MNSR, a type of research reactor usually fuelled by highly enriched uranium.

Although this type of a reactor would not contain a lot of nuclear material, it would be enough to cause “a serious local radiation hazard” if the reactor was hit, nuclear expert Mark Hibbs from the Carnegie Endowment for International Peace told Reuters.

The United States Senate Foreign Relations Committee voted on Wednesday to approve President Obama’s plan to strike Syria in retaliation against the alleged use of chemical weapons by President Bashar Assad’s regime.

Should Congress move to approve the president’s request, the US could soon initiate a limited strike on Syria.

On the other hand, Moscow needs convincing proof – not rumors – from UN experts that chemical weapons were used in Syria, Russian President Vladimir Putin said in an interview with AP and Channel 1 on Tuesday.

“We believe that at the very least we should wait for the results of the UN inspection commission in Syria,” Putin said. He added that so far there is no information regarding exactly which chemical agent was used in the attack in the Damascus suburb, or who was behind it.

“I don’t want to get all religious here, but the bible does warn that Egypt is a signal for the beginning of the end.[/quote]
Daniel 11:40-45: King of the North (US) will conquer Libya (done) and Egypt (done); it will spare Ammon, Moab & Edom ( collectively known as Jordan); then it will react to reports in the North (Syria) and in the East (Iran) & it will set up battlements in the sea to the West of Israel (battleships are already in the Mediterranean) but it will fail and no one will feel sorry for him (because nearly the whole world is against this war) & then the end will come.”