I’ve always told people NOT to put their stuff online! 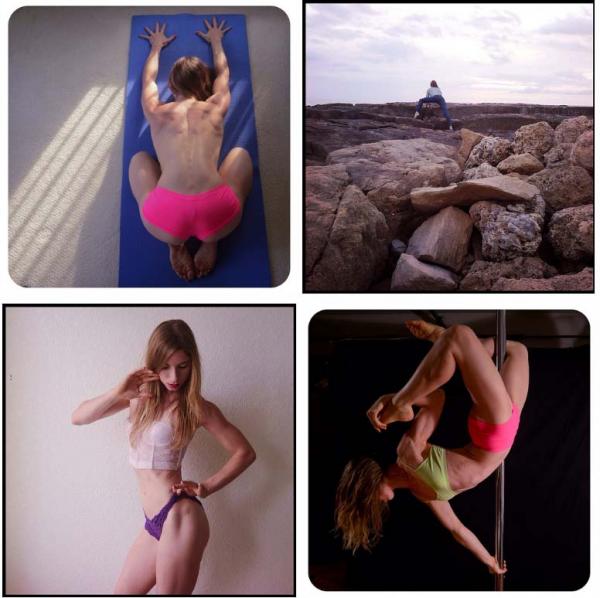 The search for more clues about Edward Snowden’s life and motivations inevitably led the mainstream media to his longtime girlfriend Lindsay Mills, 28, who until recently described herself as “world-traveling, pole-dancing super hero.” Why past tense? Because as of today, her blog, L’s Journey, no longer exists. Of course, this being the NSA-controlled internet, there is always a cached (we use the term loosely) version of everything somewhere, and the full blog can be found at the following link.

Of note is the body in the last blog post:

For those of you that know me without my super hero cape, you can probably understand why I’ll be refraining from blog posts for awhile. My world has opened and closed all at once. Leaving me lost at sea without a compass. Surely there will be villainous pirates, distracting mermaids, and tides of change in this new open water chapter of my journey. But at the moment all I can feel is alone. And for the first time in my life I feel strong enough to be on my own. Though I never imagined my hand would be so forced. As I type this on my tear-streaked keyboard I’m reflecting on all the faces that have graced my path. The ones I laughed with. The ones I’ve held. The one I’ve grown to love the most. And the ones I never got to bid adieu. But sometimes life doesn’t afford proper goodbyes. In those unsure endings I find my strength, my true friends, and my heart’s song. A song that I thought had all but died away, when really it was softly singing all along. I don’t know what will happen from here. I don’t know how to feel normal. But I do know that I am loved, by myself and those around me. And no matter where my compass-less vessel will take me, that love will keep me buoyant.

The WaPo, which was one of the two outlets tracking the PRISM-gate fallout, has put together what little is known of her narrative.

Edward Snowden, the government contractor who leaked documents revealing a top-secret government surveillance program, was so cautious and distant that even his girlfriend of eight years referred to him as “my man of mystery.”

For a 29-year-old who made his living in the digital world, Snowden has left remarkably few online traces. But as reclusive and private as he was, his longtime girlfriend, Lindsay Mills, 28, who moved with him to Hawaii last year, was outgoing and expressive. Writing in a blog that has vanished from public view, Mills, a native of Laurel, told of having to “kidnap” Snowden and “force a little adventure” on him to get him to join friends on a hike to a waterfall.

Mills’s blog, “Lsjourney,” in which she described herself as a “world-traveling, pole-dancing superhero,” was publicly viewable after Snowden announced Sunday that he was the source of leaks to The Washington Post and Britain’s Guardian newspaper about the surveillance programs, but the blog had been taken down by early Tuesday.

Friends of Mills confirmed that she wrote the blog and that the boyfriend she refers to as “E” was Edward Joseph Snowden. Mills, who moved to Hono­lulu with Snowden, graduated from Laurel High School in Maryland in 2003 and from the Maryland Institute College of Art in 2007.

In her postings, she described swing dancing and pole dancing at venues in Hawaii, and being alone for two weeks starting in late March because Snowden was headed to the mainland for a two-week business trip.

“I just talked to her,” said a friend of Mills’s in Hawaii. “I know she didn’t have any idea.”

Mills did not respond to messages left on her home phone or cellphone. Efforts to reach her father, mother and stepfather also were unsuccessful.

However, as the saying goes, one picture is worth a thousand words. So we have managed to track down quite a few pictures. Of Lindsay that is, courtesy of her all too public Flickr profile (it appears her boyfriend did not warn her about posting too much of yourself online).

So while Lindsay may not share her (ex-)boyfriend’s distrust of the internet and documenting every facet of your life on it, all we can say is Edward had very good taste.