See also this article from May, 2008: The Last Roundup: MAIN CORE 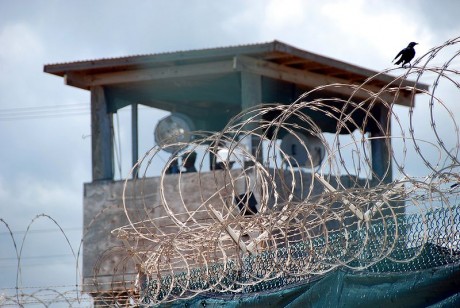 – Main Core: A List Of Millions Of Americans That Will Be Subject To Detention During Martial Law (The American Dream, June 10, 2013):

Are you on the list?  Are you one of the millions of Americans that have been designated a threat to national security by the U.S. government?  Will you be subject to detention when martial law is imposed during a major national emergency?  As you will see below, there is actually a list that contains the names of at least 8 million Americans known as Main Core that the U.S. intelligence community has been compiling since the 1980s.  A recent article on Washington’s Blog quoted a couple of old magazine articles that mentioned this program, and I was intrigued because I didn’t know what it was.  So I decided to look into Main Core, and what I found out was absolutely stunning – especially in light of what Edward Snowden has just revealed to the world.  It turns out that the U.S. government is not just gathering information on all of us.  The truth is that the U.S. government has used this information to create a list of threats to national security that the government would potentially watch, question or even detain during a national crisis.  If you have ever been publicly critical of the government, there is a very good chance that you are on that list.

The following is how Wikipedia describes Main Core…

Main Core is the code name of a database maintained since the 1980s by the federal government of the United States. Main Core contains personal and financial data of millions of U.S. citizens believed to be threats to national security. The data, which comes from the NSA, FBI, CIA, and other sources, is collected and stored without warrants or court orders. The database’s name derives from the fact that it contains “copies of the ‘main core’ or essence of each item of intelligence information on Americans produced by the FBI and the other agencies of the U.S. intelligence community.”

It was Christopher Ketchum of Radar Magazine that first reported on the existence of Main Core.  At the time, the shocking information that he revealed did not get that much attention.  That is quite a shame, because it should have sent shockwaves across the nation…

According to a senior government official who served with high-level security clearances in five administrations, “There exists a database of Americans, who, often for the slightest and most trivial reason, are considered unfriendly, and who, in a time of panic, might be incarcerated. The database can identify and locate perceived ‘enemies of the state’ almost instantaneously.” He and other sources tell Radar that the database is sometimes referred to by the code name Main Core. One knowledgeable source claims that 8 million Americans are now listed in Main Core as potentially suspect. In the event of a national emergency, these people could be subject to everything from heightened surveillance and tracking to direct questioning and possibly even detention.

Of course, federal law is somewhat vague as to what might constitute a “national emergency.” Executive orders issued over the last three decades define it as a “natural disaster, military attack, [or] technological or other emergency,” while Department of Defense documents include eventualities like “riots, acts of violence, insurrections, unlawful obstructions or assemblages, [and] disorder prejudicial to public law and order.” According to one news report, even “national opposition to U.S. military invasion abroad” could be a trigger.

So if that list contained 8 million names all the way back in 2008, how big might it be today?

That is a very frightening thing to think about.

Later on in 2008, Tim Shorrock of Salon.com also reported on Main Core…

Dating back to the 1980s and known to government insiders as “Main Core,” the database reportedly collects and stores — without warrants or court orders — the names and detailed data of Americans considered to be threats to national security. According to several former U.S. government officials with extensive knowledge of intelligence operations, Main Core in its current incarnation apparently contains a vast amount of personal data on Americans, including NSA intercepts of bank and credit card transactions and the results of surveillance efforts by the FBI, the CIA and other agencies. One former intelligence official described Main Core as “an emergency internal security database system” designed for use by the military in the event of a national catastrophe, a suspension of the Constitution or the imposition of martial law.

So why didn’t this information get more attention at the time?

Well, if Obama had lost the 2008 election it might have.  But Obama won in 2008 and the liberal media assumed that he would end many of the abuses that were happening under Bush.  Of course that has not happened at all.  In fact, Obama has steadily moved the police state agenda ahead aggressively.  Edward Snowden has just made that abundantly clear to the entire world.

After 2008, it is unclear exactly what happened to Main Core.  Did it expand, change names, merge with other programs or get superseded by a new program?  It appears extremely unlikely that it simply faded away.  In light of what we have just learned about NSA snooping, someone should ask our politicians some very hard questions about Main Core.  According to Christopher Ketchum, the exact kind of NSA snooping that Edward Snowden has just described was being used to feed data into the Main Core database…

A host of publicly disclosed programs, sources say, now supply data to Main Core. Most notable are the NSA domestic surveillance programs, initiated in the wake of 9/11, typically referred to in press reports as “warrantless wiretapping.” In March, a front-page article in the Wall Street Journal shed further light onto the extraordinarily invasive scope of the NSA efforts: According to the Journal, the government can now electronically monitor “huge volumes of records of domestic e-mails and Internet searches, as well as bank transfers, credit card transactions, travel, and telephone records.” Authorities employ “sophisticated software programs” to sift through the data, searching for “suspicious patterns.” In effect, the program is a mass catalog of the private lives of Americans. And it’s notable that the article hints at the possibility of programs like Main Core. “The [NSA] effort also ties into data from an ad-hoc collection of so-called black programs whose existence is undisclosed,” the Journal reported, quoting unnamed officials. “Many of the programs in various agencies began years before the 9/11 attacks but have since been given greater reach.”

The following information seems to be fair game for collection without a warrant: the e-mail addresses you send to and receive from, and the subject lines of those messages; the phone numbers you dial, the numbers that dial in to your line, and the durations of the calls; the Internet sites you visit and the keywords in your Web searches; the destinations of the airline tickets you buy; the amounts and locations of your ATM withdrawals; and the goods and services you purchase on credit cards. All of this information is archived on government supercomputers and, according to sources, also fed into the Main Core database.

This stuff is absolutely chilling.

And there have been hints that such a list still exists today.

For example, the testimony of an anonymous government insider that was recently posted on shtfplan.com alluded to such a list…

“We know all this already,” I stated. He looked at me, giving me a look like I’ve never seen, and actually pushed his finger into my chest. “You don’t know jack,” he said, “this is bigger than you can imagine, bigger than anyone can imagine. This administration is collecting names of sources, whistle blowers and their families, names of media sources and everybody they talk to and have talked to, and they already have a huge list. If you’re not working for MSNBC or CNN, you’re probably on that list. If you are a website owner with a brisk readership and a conservative bent, you’re on that list. It’s a political dissident list, not an enemy threat list,” he stated.

What in the world is happening to America?

What in the world are we turning into?

As I mentioned in a previous article, the NSA gathers 2.1 million gigabytes of data on all of us every single hour.  The NSA is currently constructing a 2 billion dollar data center out in Utah to store all of this data.

If you are disturbed by all of this, now is the time to stand up and say something.  If this crisis blows over and people forget about all of this stuff again, the Big Brother surveillance grid that is being constructed all around us will just continue to grow and continue to become even more oppressive.

America is dying right in front of your eyes and time is running out.  Please stand up and be counted while you still can.

When the shit finally hits the fan:

If your color code is …

RED = Immediate assassination, no detention camp for you!

Yellow = Detention camp, FEMA camp, concentration camp for you!
You’ll be taken care of and never been seen again by your family.

And Bush’s NSPD 51 and Obama’s NDAA make that dirty work a heck of a lot easier.

FEMA camps all over the U.S.:

2 thoughts on “Main Core (The Last Roundup): A List Of Millions Of Americans That Will Be Subject To Detention During Martial Law”