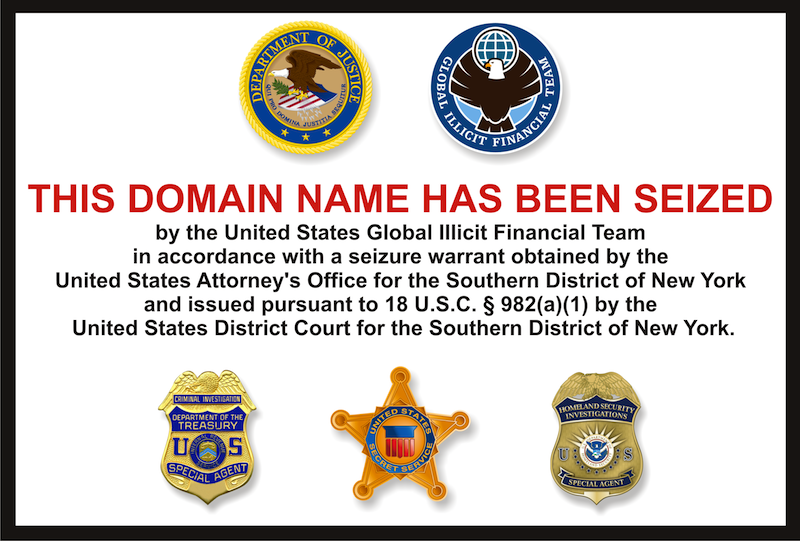 The operators of a global currency exchange ran a $6 billion money-laundering operation online, a central hub for criminals trafficking in everything from stolen identities to child pornography, federal prosecutors in New York said on Tuesday.

The currency exchange, Liberty Reserve, operated beyond the traditional confines of United States and international banking regulations in what prosecutors called a shadowy netherworld of cyberfinance. It traded in virtual currency and provided the kind of anonymous and easily accessible banking infrastructure increasingly sought by criminal networks, law enforcement officials said.

The charges announced at a news conference by Preet Bharara, the United States attorney in Manhattan, and other law enforcement officials, mark what officials said was believed to be the largest online money-laundering case in history. Over seven years, Liberty Reserve was responsible for laundering billions of dollars, conducting 55 million transactions that involved millions of customers around the world, including about 200,000 in the United States, according to prosecutors.

Richard Weber, who heads the Internal Revenue Service’s criminal investigation division in Washington, said at the news conference that the case heralds the arrival of “the cyber age of money laundering,” in which criminals “are gravitating toward digital currency alternatives as a means to move, conceal and enjoy their ill-gotten gains.”

“If Al Capone were alive today, this is how he would be hiding his money,” Mr. Weber said. “Our efforts today shatter the belief among high-tech money launderers that what happens in cyberspace stays in cyberspace.”

Just as PayPal revolutionized how people shop online, making it possible to buy a microwave oven or concert tickets with the click of a button, Liberty Reserve sought to create a similarly convenient way for criminals to make financial transactions, law enforcement officials said.

The charges detailed a complicated system designed to allow people to move sums large and small around the world with virtual anonymity, according to an indictment, which was unsealed in federal court in Manhattan.

“As alleged, the only liberty that Liberty Reserve gave many of its users was the freedom to commit crimes — the coin of its realm was anonymity, and it became a popular hub for fraudsters, hackers and traffickers,” Mr. Bharara said at the news conference, where officials from the Justice and Treasury Departments, as well as the Secret Service and Homeland Security Investigations, also spoke. “The global enforcement action we announce today is an important step toward reining in the ‘Wild West’ of illicit Internet banking. As crime goes increasingly global, the long arm of the law has to get even longer, and in this case, it encircled the earth.”

Liberty Reserve surfaced as a preferred vehicle to transfer money between parties in a number of recent high-profile cybercrimes, including the indictment of eight New Yorkers accused of helping to loot $45 million from bank machines in 27 countries, officials said.

Liberty Reserve was incorporated in Costa Rica in 2006 by Arthur Budovsky, who renounced his United States citizenship in 2011, and was arrested in Spain on Friday. He was among seven people charged in the case; five of them were under arrest, while two remained at large in Costa Rica. All were charged with conspiracy to commit money laundering, conspiracy to operate an unlicensed money-transmitting business, and operating an unlicensed money-transmitting business. The money laundering count carries a maximum sentence of 20 years in prison, and the other two charges carry a maximum of 5 years each.

In addition to the criminal charges, five domain names were seized, including the one used by Liberty Reserve. Officials also seized or restricted the activity of 45 bank accounts.

The closing of Liberty Reserve last week seemed to have an immediate chilling effect on its customers, who were suddenly unable to access their funds and who posted anxious comments in underground forums, according to law enforcement officials. Mr. Bharara said the exchange’s clientele was largely made up of criminals, but he invited any legitimate users to contact his office to get their money back.

The charges outlined how the money transfer system operated, offering a glimpse into the murky world of online financial transactions where money bounces between accounts from Cyprus to New York in the blink of an eye.

To transfer money using Liberty Reserve, a user needed only to provide a name, address and date of birth. But users were not required to validate their identity.

Essentially, all a customer needed to open an account was an e-mail address.

One undercover agent was able to register accounts under names like “Joe Bogus” and describe the purpose of the account as “for cocaine” without being questioned, officials said. That no-questions-asked verification system made Liberty Reserve the premier bank for cybercriminals, prosecutors said.

The case is significant, prosecutors said, because it attacks the financial infrastructure used by many cybercriminals in much the same way that drug-money-laundering prosecutions unravel the financial underpinnings of the narcotics trade.

Dismantling the Liberty Reserve operation was “critical because transnational criminal organizations can succeed only so long as they can funnel their illicit proceeds freely and without detection,” said James T. Hayes Jr., the special-agent-in-charge for Immigration and Customs Enforcement Homeland Security Investigations.

While Liberty Reserve was incorporated outside the United States, federal officials used a provision in the Patriot Act to target the organization and other financial institutions with whom they conducted business. It was the first time the provision had been used to prosecute a virtual currency provider, officials said.

Liberty Reserve did not take or make cash payments directly and instead used “third-party ‘exchangers,’ ” according to the indictment. These exchangers would take and make payments, and then credit or debit the Liberty Reserve account, allowing Liberty Reserve to avoid collecting any banking information on its clients and not leave a “centralized financial paper trail,” the indictment said.

The exchangers, the indictment said, “tended to be unlicensed money-transmitting businesses without significant government oversight or regulation, concentrated in Malaysia, Russia, Nigeria and Vietnam.”

The people who accepted Liberty Reserve’s currency were “overwhelmingly criminal in nature,” according to the indictment.

“They included, for example: traffickers of stolen credit card data and personal identity information; peddlers of various types of online Ponzi and get-rich-quick schemes; computer hackers for hire; unregulated gambling enterprises; and underground drug-dealing Web sites,” according to the indictment.

Despite the case against Liberty Reserve, security experts said, there were plenty of online payment systems that allow users to move money without verifying their identities.

“Organized crime and terrorist groups are now financing their operations through these anonymous payment systems,” said Tom Kellermann, a vice president at Trend Micro, a security firm. “The financial sector no longer has a monopoly on moving capital around the world.”