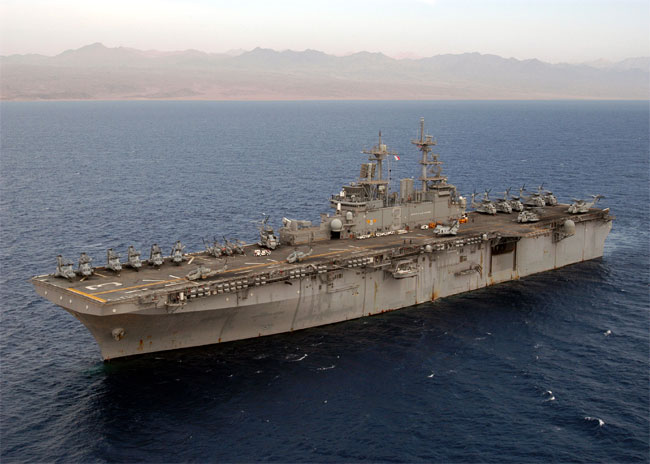 Two weeks ago, when we reported on the news of yet another aerial assault by Israel on Syria, we said that “while speculation a US-led escalation is ripe, the lack of any US naval support (as shown by Stratfor’s naval update map from May 2) off the coast of Syria likely makes any immediate war is hardly likely, or that Israel will be on its own for at least the foreseeable future.” Today this is no longer the case, following news that the US amphibious assult ship, LHD 3 and its cargo of the 26th Marine Expeditionary Unit, have arrived in Eilat, Israel for a “reguarly scheduled post visit.” Amusingly, the US Navy was very quick to point out that “This visit is not associated with, nor a reaction to, any world events.” Just purely accidental then.

While in port, the officers, Sailors and Marines will meet with local officials, participate in community engagement projects and experience the rich history and culture of the region.

This visit is not associated with, nor a reaction to, any world events.

Kearsarge is the flagship of the Kearsarge Amphibious Ready Group (ARG), which includes the dock landing ship USS Carter Hall (LSD 50) and the amphibious transport dock ship USS San Antonio (LPD 17). Along with the embarked Marines from the 26th Marine Expeditionary Unit (26th MEU), the Kearsarge ARG is deployed in support of maritime security operations and theater security cooperation efforts in the U.S. 5th Fleet Area of Responsibility (AOR).

So while the US Marines are now just right next to Syria, so US presence in the East China sea is also increasing as GlobocCop gets restless. From Stratfor: 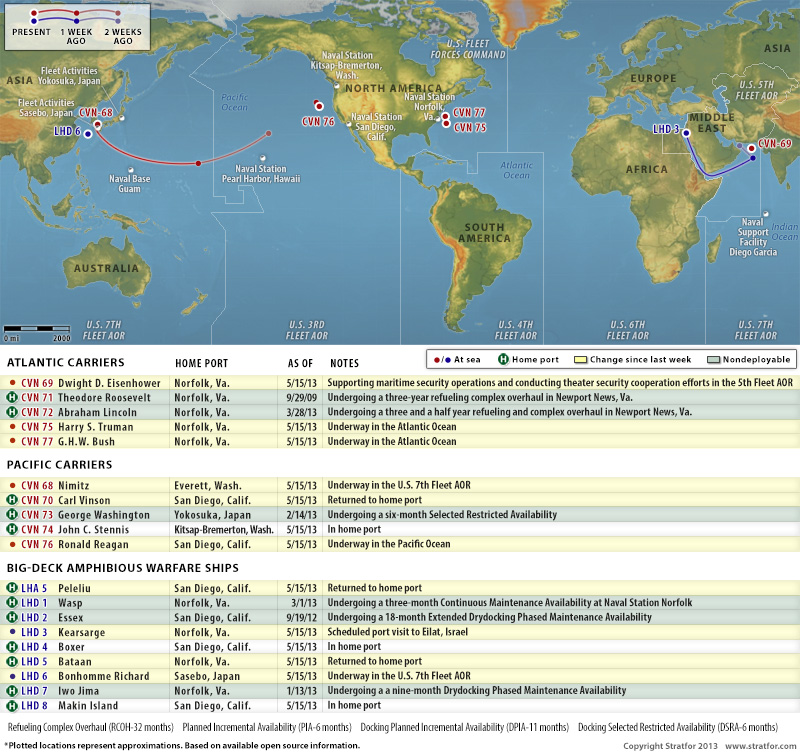