The rise of ‘Petrus Romanus’?

Today is the day all Robert Langdon fans have been feverishly waiting for: the 115 voting cardinals of the Catholic church begin today their secret conclave to choose the successor to Pope Benedict XVI. As Bloomberg puts it succinctly, “he who enters the conclave a pope exits as a cardinal” and it is notoriously tricky to try to handicap the papal vote. In processional next steps, the Cardinals will gather in the Sistine Chapel, hailing from as far as the Philippines, and may hold a single vote today with as many as four ballots on succeeding days. Politically, this conclave has been presented as a “struggle between cardinals looking to overhaul the Vatican bureaucracy known as the Curia, and those trying to maintain its influence, according to Vatican analysts. Electing a non-European, while a novelty, would not necessarily presage a change of course for the millennia-old institution shaken by the abdication of German-born Benedict. Pope Benedict XVI was chosen on the second day of the last conclave in 2005, while John Paul II was selected on the third day of the 1978 conclave.” Realistically, it will be a free for all for the scandal-riven church, and it is very much an open question who the next pope will be.

So while we await the puffs of white smoke, courtesy of Bloomberg here are brief biographies of some of the men who may be in the running, based on betting websites and consulting Vatican watchers. 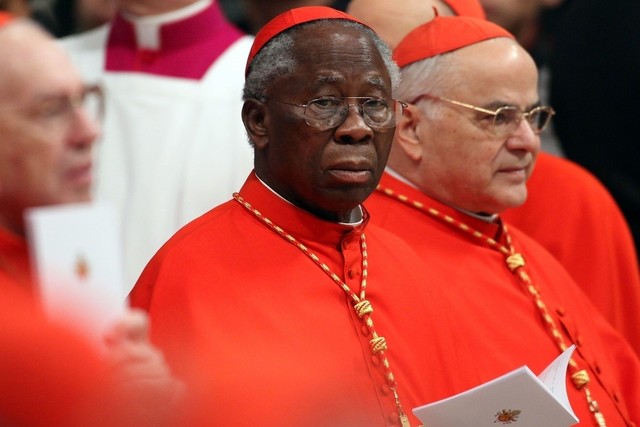 Arinze would be the first black pope and the first African pope for more than 1,500 years — the last was Gelasius I, who reigned at the end of the fifth century and was from North Africa of Berber origin. A social and theological conservative, Arinze’s views on celibacy, women priests, homosexuality and contraception are considered close to those of Benedict XVI. 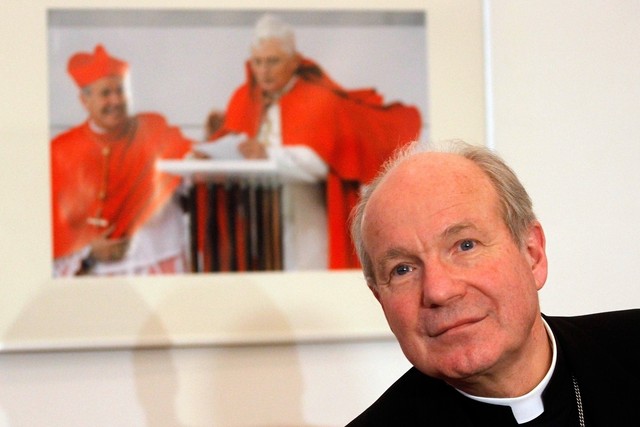 The cardinal has guided Vienna through church scandals including allegations of priests using pornography and engaging in pedophilia. Considered a brilliant conservative theologian, he speaks French, English, Italian, Spanish and Latin, and has traveled widely on behalf of the Vatican, including trips to Moscow and Istanbul. He studied under Cardinal Josef Ratzinger, who became Benedict XVI, after becoming a priest at the age of 25. He is in favor of dialog between Catholicism and Islam, and was the highest-ranked church official to visit Iran after the 1980-88 Iran-Iraq war. 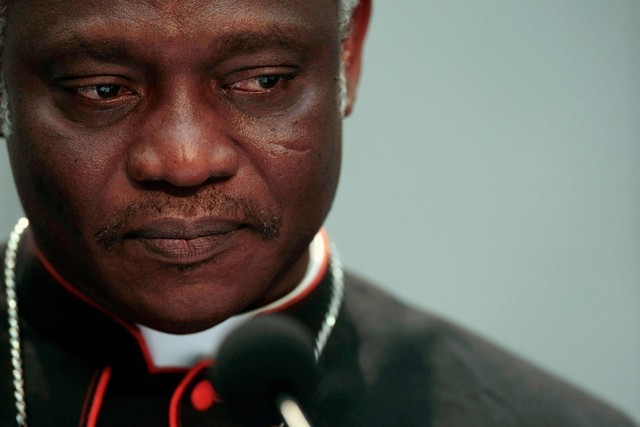 Turkson, who studied theology in New York, is younger than Arinze and was called “one of Africa’s most energetic church leaders” by The Tablet, an influential British Catholic magazine, and in 2009 said that “if God would wish to see a black man also as pope, thanks be to God.” He has engaged with contemporary issues, including the global economic crisis by calling for more oversight of financial institutions and he has denounced the “idolatry of the market.” 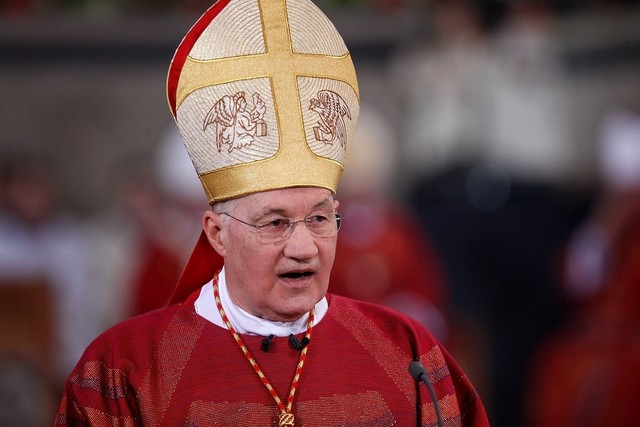 The cardinal from Quebec is an accomplished theologian whose writings were admired by Benedict, whose concerns about the modernization of the church he shared. “It would seem that, in the name of secularism, the Bible must be relativized, to be dissolved in a religious pluralism and disappear as a normative cultural reference,” Ouellet said in 2011 in his powerful role as prefect of the Congregation for Bishops. Ouellet became a priest in 1968 in the very church that his father built in La Motte, Quebec. He later taught at a seminary in Bogota, Colombia and served as prefect of the Congregation for Bishops and president of the Pontifical Commission for Latin America, making him well known among Spanish-speaking clergy. 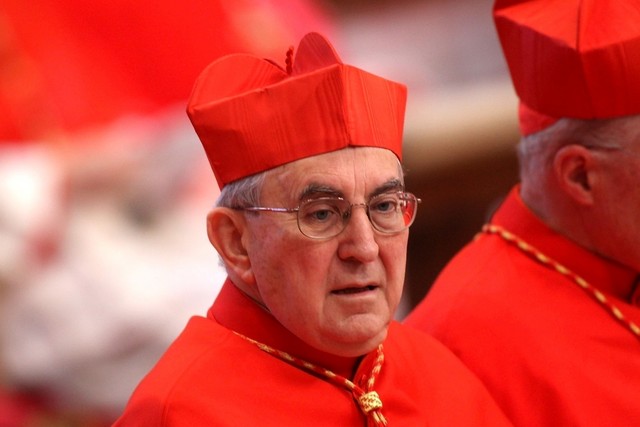 The man who announced the death of John Paul II to the world in 2005, is a native of Buenos Aires who was born to a family of Italian immigrants. He rose to the heights of the church hierarchy to occupy the third most-important position in the Vatican between 2000 and 2007 as de facto chief of staff to the secretary of state. He now has a lower profile as head of the Congregation for the Oriental Churches. He has served in Madagascar, Venezuela, Mexico and the U.S. and as the Vatican’s representative to the Organization of American States. 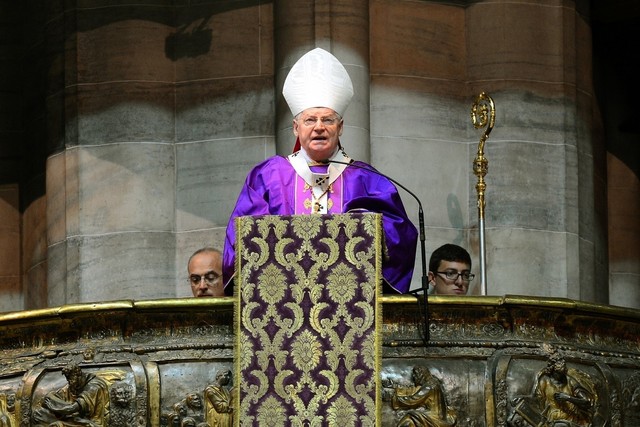 The Archbishop of Milan is the front-runner among the Italians, who until the 1970s had a virtual lock on the papacy. With Benedict he shared philosophical and theologian interests and his writings on a range of topics from bio-ethics to sexuality have been published in different languages. 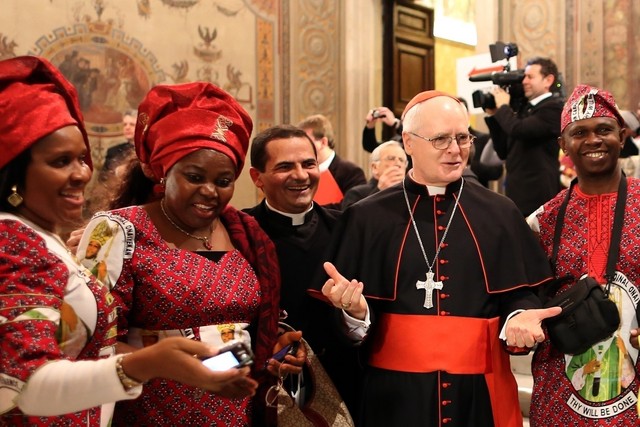 A Brazilian of German descent, Scherer is Archbishop of Sao Paolo and as such oversees 6 million Catholics in the country’s biggest archdiocese. In the birthplace of liberation theology, he struck a moderate tone by seeing worth in focusing on social injustice and poverty while reserving criticism for the movement’s “Marxism.”