With Rajoy quietly gloating at his political fraud being off the front-pages thanks to Italian elections, it seems the more we dig into Italian reality, the weaker the story becomes. The meme of the last few years has been that “at least we’re not as bad as Greece” and rightly so, for as Bloomberg’s Niraj Shah notes today, Greece’s poverty rate is a stunning 31% (against Holland’s 15.7%). However, while all eyes have been focused on Spain’s dismal economy, the sad reality is that Italy is worse than Spain in that its poverty rate is a breath-taking 28.2% (relative to Spain’s 27%) – even though the unemployment rates in the two nations are vastly different (Spain 26% and Italy 11.2%). Given this fact it is perhaps not surprising that the ‘people’ voted against austerity and furthermore, that Italy’s CDS has pushed above Spain’s for the first time in over a year. 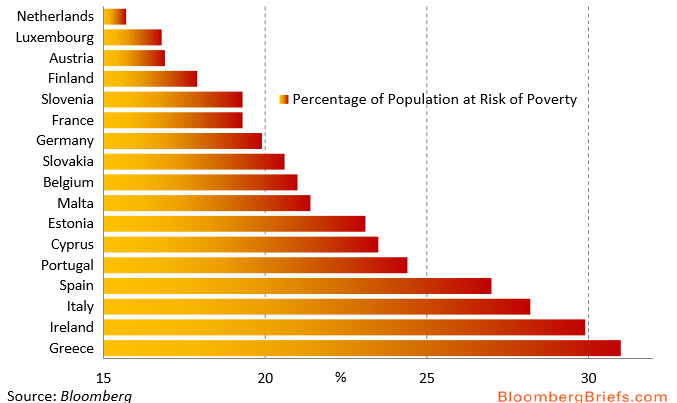