While the collapse in China-Japan foreign relations (and subsequently, and much more importantly, trade) over a handful of islands in the East China Sea and strategically located near potentially vast maritime oil and gas reserves is by now well-known to everyone, what may come as a surprise is that while Japan is engaged in one mini cold war over disputed rocks with China, none other than Russia tested the waters overnight so to speak, with a fighter jet flyover above yet another set of disputed islands, the Kuriles located in the far north of Japan. 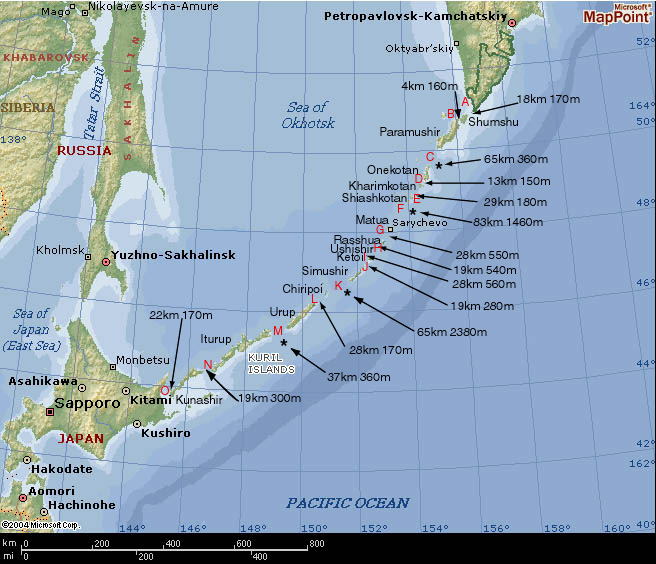 From Reuters: “Two Russian fighter jets briefly entered Japan’s air space near disputed islands and the northern island of Hokkaido on Thursday, prompting Japan to scramble combat fighters and lodge a protest, Japan’s Foreign Ministry said.” In other words, Russia is making it very clear that as Japan loses more credibility in the foreign affairs arena, China will not be the only one to gain from Japan’s loss, and that Russia has every intention of claiming what it too believes rightfully belongs to Putin. Which begs the question: how far is Japan’s far more nationalistic current government willing to go to alienate yet another key trading partner, and was this the plane by the China-Russia axis all along?

Japanese Prime Minister Shinzo Abe had told a rally he was determined to press ahead with negotiations with Russia for the return of the islands.

“I had telephone talks with President (Vladimir) Putin in December, and told him I would like to work to find a mutually acceptable solution to this last-remaining major problem between Japan and Russia,” Abe said

“The government intends to follow its basic policy of settling the territorial issue and then sign a peace treaty. We will press ahead with negotiations with strong will so that progress will be made towards the conclusive resolution of the territorial problem.”

The flyover was far from random, and was designed to send a clear message to Japan: “Thursday was Japan’s “Northern Territories Day”, when rallies are traditionally held calling for the return of the disputed islands it calls the Northern Territories.”

Unlike the Chinese escalation which is over resources, the latest confrontation with Russia is about nothing more than nationalistic pride:

Unlike Japan’s dispute with China over islands in the East China Sea, which are near potentially vast maritime oil and gas reserves, the feud with Russia has more to do with the legacy of World War Two.

Soviet soldiers seized the islands at the end of the war and the territorial row has weighed on diplomatic relations ever since, precluding a formal peace treaty.

And since “nationalistic pride” tends to grow in direct proportion with how much weaker one’s opponent is perceived, we anticipate that Japan will now have its hands full with not one but two sets of disputed islands, in turn leading to more local calls for pushback, and an even deeper deterioration in the country’s trade balance, until finally not even a Yen at 0 can offset the complete loss of export markets, coupled with energy vendors who are turning so hostile they can now openly hold Japan hostage at whim.