– Examiner: ‘Obama Only Wants Military Leaders Who Will Fire On U.S. Citizens’

It seems clear that American civil-military relations have been healthiest when there is a high level of trust between civilian and military leaders, i.e. when there is mutual respect and understanding between them that leads to the exchange of candid views and perspectives between the two parties as part of the decision-making process. 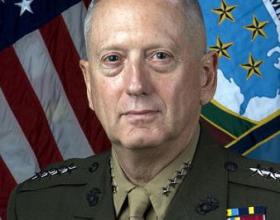 On the one hand, the military must have a voice in strategy making, while realizing that politics permeates the conduct of war and that civilians have the final say, not only concerning the goals of the war but also how it is conducted. On the other, civilians must understand that to implement effective policy and strategy requires the proper military instrument and therefore must insist that soldiers present their views frankly and forcefully throughout the strategy-making and implementation process. This is the key to healthy civil-military relations.

No general in recent times has represented the military side in the civil-military dialogue better than General James Mattis, the current commander of U.S. Central Command. Nominated by President Obama and confirmed by the Senate in the summer of 2010, Gen. Mattis has presided over the most volatile region in the world. During his time as commander, none of the symptoms of unhealthy civil-military relations such as those that characterized the tenure of Donald Rumsfeld as secretary of defense, have manifested themselves. There have been no leaks to the press over policy disagreements and no reports of “slow rolling” or “foot dragging” in Gen. Mattis’s implementation of the president’s policy.

Yet in December, it was announced that Gen. Mattis would be leaving his post in March, well short of what would be expected of a combatant commander whose has acquitted himself well in the position. Most observers were stunned. There seemed to be no logical reason for his being replaced early. But according to Tom Ricks’s blog, The Best Defense, at FP online:

Word on the national security street is that General James Mattis is being given the bum’s rush out of his job as commander of Central Command, and is being told to vacate his office several months earlier than planned.

Why the hurry? Pentagon insiders say that he rubbed civilian officials the wrong way — not because he went all “mad dog,” which is his public image, and the view at the White House, but rather because he pushed the civilians so hard on considering the second- and third-order consequences of military action against Iran. Some of those questions apparently were uncomfortable. Like, what do you do with Iran once the nuclear issue is resolved and it remains a foe? What do you do if Iran then develops conventional capabilities that could make it hazardous for U.S. Navy ships to operate in the Persian Gulf? He kept saying, “And then what?”

Inquiry along these lines apparently was not welcomed — at least in the CENTCOM view. The White House view, apparently, is that Mattis was too hawkish, which is not something I believe, having seen him in the field over the years. I’d call him a tough-minded realist, someone who’d rather have tea with you than shoot you, but is happy to end the conversation either way.

A particular point of disagreement was what to do about mischief Iran is exporting to other countries. Mattis is indeed more hawkish on this than the White House was.

National Security Advisor Tom Donilon in particular was irked by Mattis’s insistence on being heard. I cringe when I hear about civilians shutting down strategic discussions. That is exactly what the Bush administration did in late 2002 when generals persisted in questioning whether it was wise to invade Iraq. That led to what some might call a fiasco.

I wonder if Donilon understands that the key to making effective, sustainable national security policy is having robust, candid discussions between civilian and military leaders that bring to the surface differences and also explore assumptions. I am told that that is what Mattis was trying to do. He knows, as do all smart generals, that in our system, at the end of the discussion the civilians get to decide what to do. In a talk at Johns Hopkins SAIS in late November, Mattis said that, “We military leaders have a right and duty to be heard, to give our best military advice, but we were not elected to and we have no right to dictate.”

Ricks goes on to note that, Gen. Mattis’s efforts to change the strategic framework regarding Iran kept—insisting on the need to plan not just for what we assumed Iran might do, but also for what Iran was capable of doing—was not welcomed by the White House. In addition, there were other disagreements between Gen. Mattis and National Security Advisor Tom Donilon. According to Ricks, these included Afghanistan, concerns about Pakistani stability, and response to the Arab spring.  But the most troubling element of the episode, Ricks reports, is that it is only part of a broader “attempt by Donilon to centralize foreign policy making in his office, with DOD and State as implementers.”

The White House responded to Ricks’s blog post on Mattis but Ricks was unimpressed: The response “strike[s] me as politicized, defensive and narrow. These are people who will not recognize it when they screw up, and will treat as enemies anyone who tells them they are doing that. And that is how things like Vietnam get repeated.”  Ricks, a supporter of the president, claims to be worried.