Well you can count out one local law-enforcement agent who’s not buying the executive actions just signed at the White House or any potential new gun legislation to come. An Oregon sheriff is citing his constitutional duty in accusing politicians of “attempting to exploit the deaths of innocent victims” to enact new gun laws that he thinks would harm his law-abiding locals. Linn County Sheriff Tim Mueller has promised not to enforce any new gun laws enacted in the wake of the Newtown shootings, making him pretty much the​ gun-rights hero of a verybigday for pro-gun America. The reason we’re hearing so much from this obscure sheriff is that he sent a letter to Vice-President Joe Biden and shared it with multiple news outlets like the Associated Press. There are two main kernels from his complaint — the first implies that politicians are exploiting the Newtown massacre:

And here’s Mueller’s promise not to enact what he deems “unconstitutional” new gun laws and “actions,” such as the 23 President Obama just signed into law:

Somewhere in an undisclosed location, the powerful people behind the National Rifle Association are smiling. Mueller’s points aren’t unlike Wayne LaPierre’s and the NRA’s talking points — that the 2nd Amendment is very important, that there are good guys with the guns, and that good guys need guns to protect themselves with bad guys with guns. And Mueller’s comments bear a close resemblance to New York State Senator Greg Ball, who admonished the state’s newly passed and very tough regulations on Tuesday. Ball said:

I simply cannot support a bill that turns law abiding citizens into criminals by creating an entire new category of illegal firearms out of currently legal rifles and shotguns,” said Senator Greg Ball.

And Sheriff Mueller is already lauded on social media, by gun rights advocate, and alongside the conservative press. He’s a hit on Breitbart: 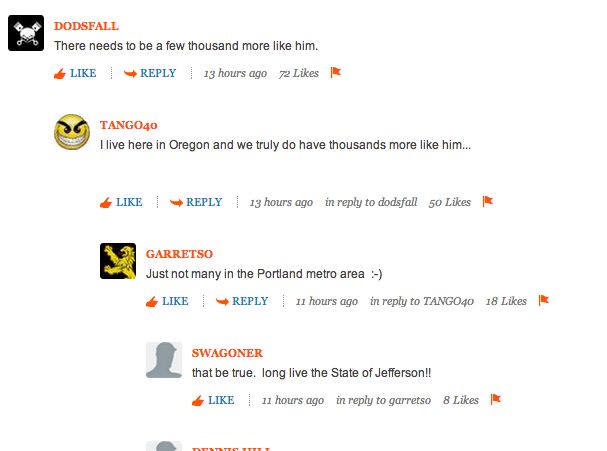 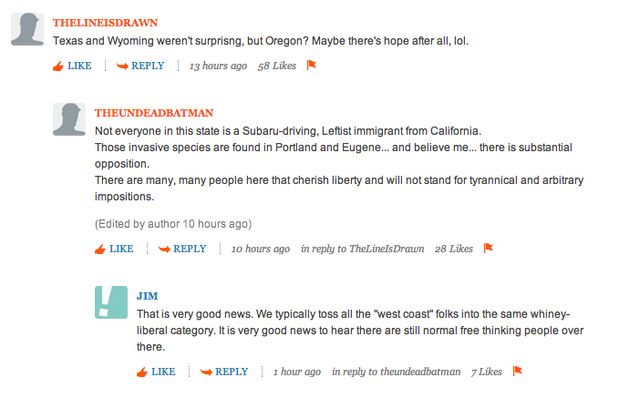 But despite his gun-rights fan base, Mueller’s views don’t represent all of America. An AP poll found that nearly “six in 10 Americans want stricter gun laws in the aftermath of last month’s deadly school shooting in Connecticut” and “84 percent of adults would like to see the establishment of a federal standard for background checks for people buying guns at gun shows, the poll showed.” 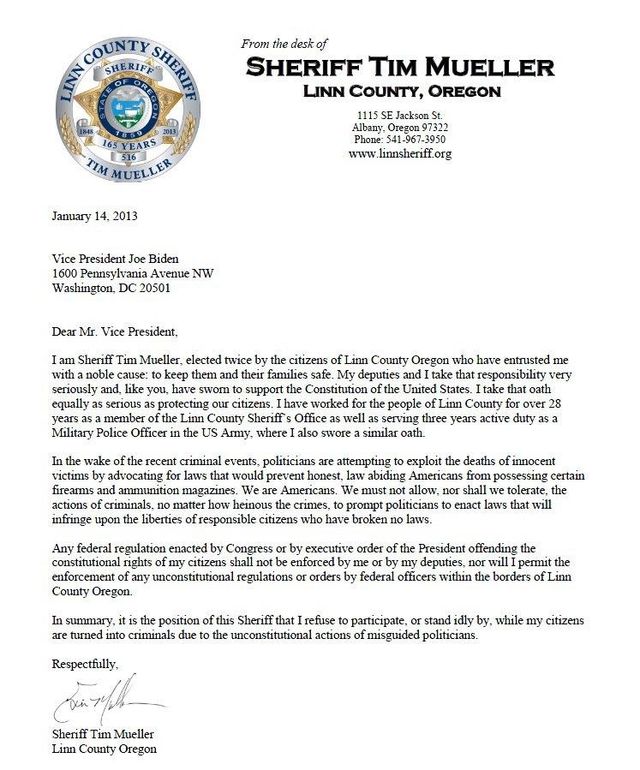