China is facing an “extremely grave” environmental crisis as the true extent of heavy metal and chemical contamination becomes clear, a top government official has warned. 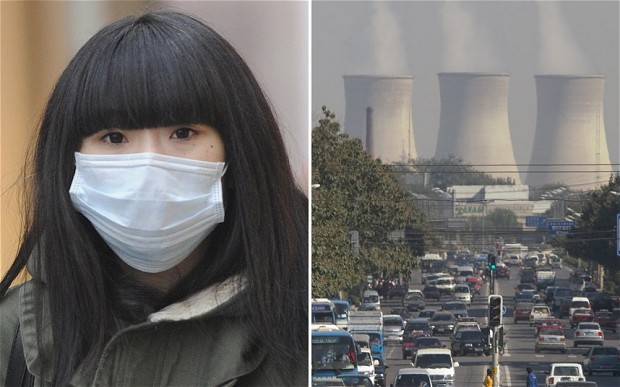 “China’s pollution problem has yet to reach a peak,” Wang Jinnan, the vice president of the Chinese Academy of Environmental Planning or CAEP, told a conference at the Chinese University of Hong Kong.

“While it is fair to say that some traditional pollutants, such as sulphur dioxide, have been put under control, other problems which pose even greater health risks to the public have yet to gain policymakers’ attention,” Mr Wang added, according to Hong Kong’s South China Morning Post newspaper.

The stark warning came as Chinese authorities scrambled to contain the latest environmental disaster to blight a country whose lands and rivers have already been tainted by decades of economic boom.

On Sunday it emerged that as many as one million residents of a northern city may have been left without running water after toxic chemicals sometimes used to produce herbicides spilt into a river.

A report from state-run news agency Xinhua said authorities had cut off the water supply to Handan, in Hebei province, after a chemical plant spilt 9 tonnes of aniline into the Zhuozhang River.

The chemical leak reportedly happened on New Year’s Eve in the neighbouring province of Shanxi but was only reported this weekend.

“The water is all sold out in the supermarket, from panic buying. The price has gone up too,” one local, named as Mr Sun, told the Yanzhao Metropolis newspaper.

“We can’t flush our toilet and we can’t cook at home. The restaurants are out of water too.”

Liu Dashan, a senior environmental official from Shanxi province, told China Radio an “emergency plan” had been started to “intercept” the spill.

In a separate case, Xinhua reported claims from villagers in central China that the construction of 20 chemical plants had triggered a massive spike in the number of cancer-related deaths.

Residents of a village in Hubei province told Xinhua they believed 60 locals, 1,677 trees and 1,500 ducks had died because of pollution from the factories.

But critics say the destruction of China’s ecosystems continued unabated during Mr Hu’s decade in power.