We already knew that the US crossed the debt ceiling on New Year’s day. It is, however, one thing to read a Geithner press release, it is another to see America’s ridiculous debt it in action. So here it is, courtesy of TreasuryDirect, in all its debt ceiling glory: $16,432,730,050,569.12, with the debt subject to the ceiling at the limit of $16.394 trillion.

And with that we can close the books on the first quarter of Fiscal 2013, in which US public debt grew by $366 billion, some $122 billion per month on average.

This number will now remain fixed, and not change for the next two months, or until the debt ceiling is once again riased, most likely by another $2.4 trillion to $18.8 trillion, to much theatrical kicking and screaming, some time in February or March. In the meantime, any new debt issuance will have to be offset dollar for dollar with a reduction in various government retirement funds, Federal asset sales, SLGS issuance suspension, and the various other internal and external liability rearrangement, i.e., the Treasury’s emergency response, the various components of which were listed here.

And for those curious what this means in debt/GDP terms, we apply the roughly 1.5% annualized GDP growth to Q4 GDP to get a debt/GDP number at December 31, 2012 of 103%, and rising very rapidly. 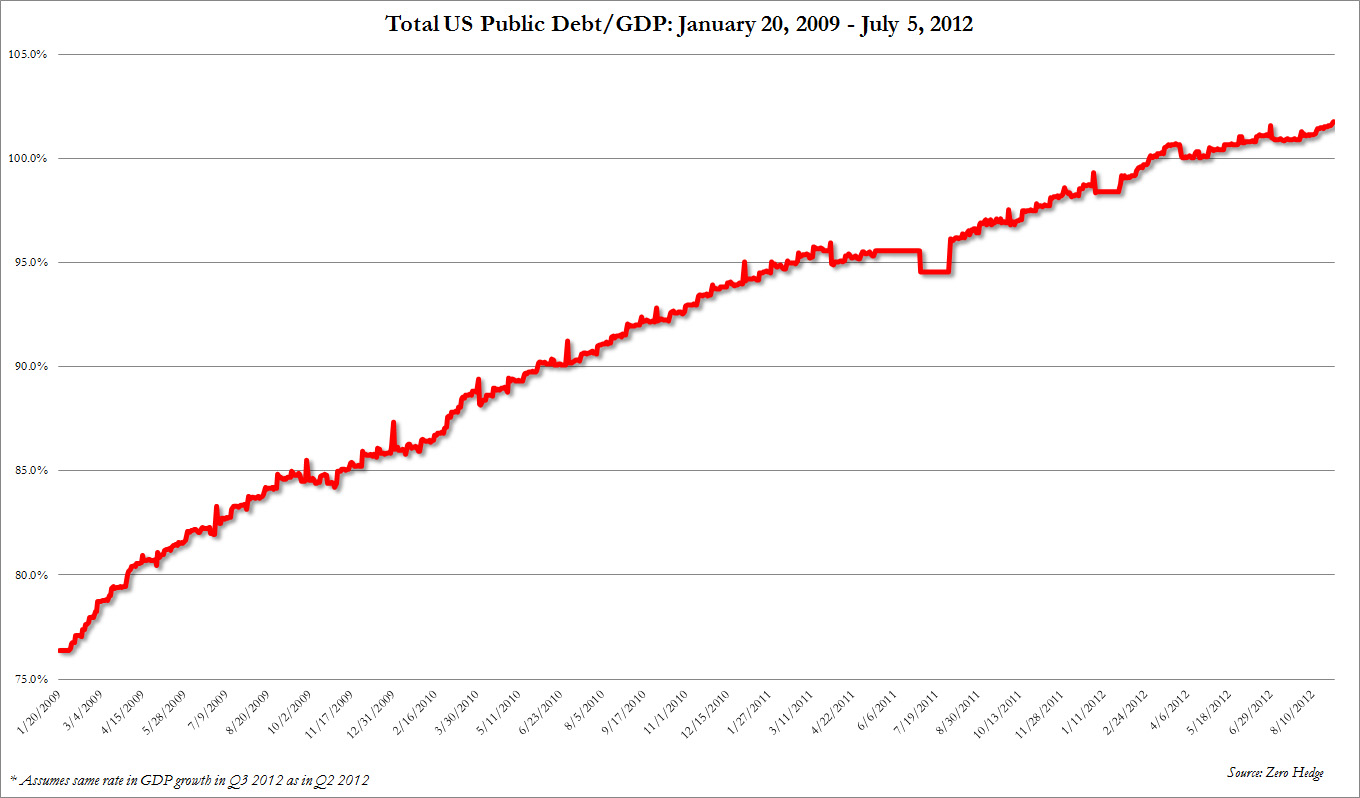