This is measured at the top part of each reactor building. The amount is computed from the dust density of Cs-134/137, other nuclides are excluded.

Since this April, the releasing amount has been stably around 10 million Bq / hour. 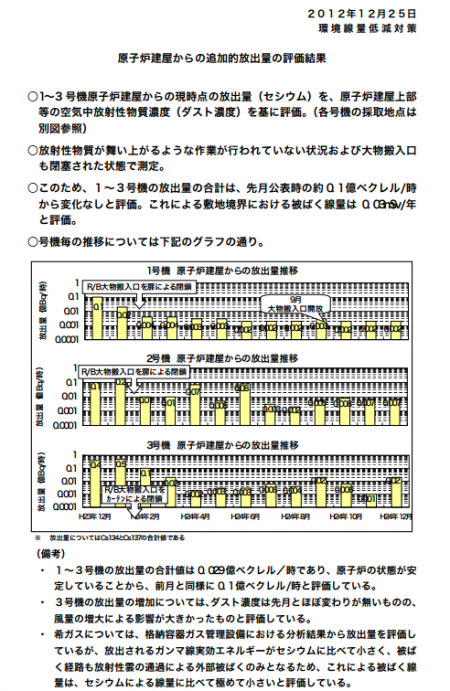