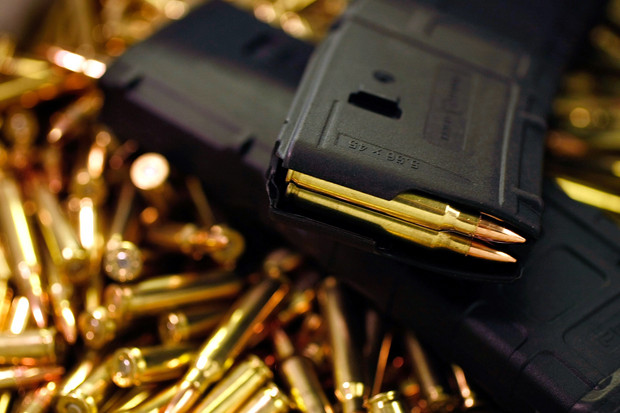 With President Barack Obama endorsing sweeping gun restrictions in the wake of the school shootings in Newtown, Connecticut, prices for handgun magazines are surging on EBay (EBAY) and semi-automatic rifles are sold out at many Wal-Mart Stores Inc. (WMT) locations.

On EBay Inc.’s auction website, shoppers have recently bid up gun magazines. The current bid for four Glock handgun magazines, ammunition for one of the guns used at Newtown, is $118.37 compared with $45 on the day before the shooting. The bid for seven Glock magazines hit $201 on Dec. 17 from $71.01 before the massacre.

Gun buyers have flooded other firearms retailers too. The Hyatt Gun Shop in Charlotte, North Carolina, racked up more than $1 million in sales yesterday for the best single-day performance since the store opened in 1959, according to Justin Anderson, director of online sales. At the top of shoppers’ lists was the Bushmaster AR-15, the model of rifle used at Newtown that sells for as much as $4,000 and had almost sold out, he said.

Revenue at one of the largest U.S. gun stores surpassed even the spike just after Obama was elected president in 2008, Anderson said in a telephone interview. Sales weren’t as robust when Obama was re-elected last month because the president hadn’t backed major new gun laws, he said.