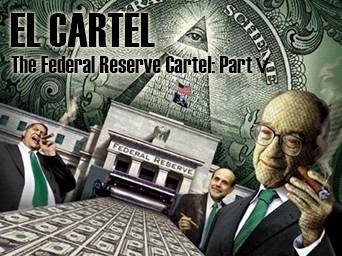 Thomas Jefferson opined of the Rothschild-led Eight Families central banking cartel which came to control the United States, “Single acts of tyranny may be ascribed to the accidental opinion of the day, but a series of oppressions begun at a distinguished period, unalterable through every change of ministers, too plainly prove a deliberate, systematic plan of reducing us to slavery”.

Two centuries and a few decades later this same cabal of trillionaire money changers – mysteriously immune from their own calls for “broad sacrifice” – utilizes the debt lever to ring concessions from the people of Ireland, Greece, Spain, Portugal, Italy and now the United States.

In their never-ending quest to subjugate the planet, the bankers’ IMF enforcer – chronic harasser of Third World governments – has turned its sites on the developed world. To further advance their dizzying concentration of economic power, the whining banksters take a giant wrecking ball to the global middle class as they prepare to eat their young.

No one can argue that the US deficit is not a problem.Much of it accrues paying interest on the $14 trillion debt. Stooped-over Congressional cartel shills with names like Cantor and Boehner argue for slashing entire government departments to satiate the bloodthirsty bond-holders. Liberals argue for higher taxes on the rich and massive Pentagon cuts.

I agree with these latter proposals. The super-rich paid 90% under Eisenhower and 72% under Nixon. Both were Republicans. They now pay 33%. Most corporations and many elites utilize offshore tax havens and pay nothing.

The argument for progressive taxation is that those who benefit more from government should pay more. Cartel apologists propagate the fiction that the poor soak up middle-class tax dollars, sowing division between the poor and middle class. Meanwhile, the Eight Families financial octopus feeds mightily at the public trough be it the SEC (rich investors), the FCC (Gulfstream jet fliers), the USDA (the richest farmers get the biggest checks), Medicaid (insurance fraud, Big Pharma gouging) or the Pentagon (Lockheed Martin, Halliburton, Blackwater).

Still, $14 trillion is an insurmountable debt. Increasing taxes on the super-rich combined with a global American military withdrawal from its current role as Hessianizedmercenary force for the City of London banksters, while welcome, will not be enough to deal with this monster debt, what Jefferson termed, this “deliberate, systematic plan of reducing us to slavery”.

The super-rich paid 90% under Eisenhower and 72% under Nixon. Both were Republicans. They now pay 33%. Most corporations and many elites utilize offshore tax havens and pay nothing.

The belt-way dialogue on the deficit remains locked in a tiny intellectual box created by the corporate media and their Federal Reserve cartel owners. But there is another way.

It is a myth that most of that $14 trillion debt is owed to the Chinese or other “governments”. The vast majority – around $10 trillion – is owed to the Eight Families Federal Reserve crowd.

In a June 9, 2011 article for Marketwatch, Unicredit’s Chief US Economist Harm Bandholz stated that the Federal Reserve is the largest holder of US debt with around 14% of the total. This does not include debt held by Rothschild-controlled central banks of othernations – including China, Japan and the GCC oil fiefdoms.

Through the recent QE2 program, the Fed purchased another $600 billion in Treasury bonds. They claimed it was a last ditch attempt to save the global economy from deflation. Instead, the banksters who got the interest free taxpayer-backed money pushed us further towardsdeflation by refusing to lend their welfare bonanza to potential homeowners or small business.

Conversely and inherent in the printing of zero-interest money, they created inflation – speculating in oil, food and gold futures and rolling this increased US debt on the roulette tables at their various wholly-owned global stock exchanges. Is it any wonder the financial parasite class is now clamoring for QE3?

What follows is a ten-step proposal which President Obama and the Congress could enact to lift the $14 trillion debt from the backs of future generations of Americans. These should be done concurrently as part of a single sweeping financial reform bill. Modeled after last week’s release of strategic petroleum reserves by twenty-seven nations, this measure should be enacted in tandem with as many willing nations as possible. The same Rothschild-led cabal controls the central banks of most every nation and there is power in numbers. If these measures are enacted separately or by only one nation, the Eight Families cartel will use their financial clout to target and destroy the US:

1) Introduce a Treasury Department-administered infrastructure investment fund, which workers should be strongly encouraged to opt into using accrued funds from their private 401K plans. This is important because the banker’s stock market casino willcrash due to the next nine steps and workers must be shielded from this event. This fund can be used to rebuild America’s infrastructure, with American workers acting as lenders and receiving a fair rate of interest in return.

2) The US needs to withdraw from the Bank of International Settlements,the World Trade Organization, the World Bank, the IMF and all Eight Families-controlled multilateral lending facilities. We would save billions funding these banker welfare schemes while freeing ourselves from rules which prevent our financial emancipation.

3) De-link the dollar from all currency baskets and IMF special drawing rights. Ban trade in dollars on all global exchanges. This will create a demand for dollars and strengthen our badly devalued currency. Impose currency controls by fixing the dollar at 1:1 euro, Chinese yuan, Canadian dollar and Swiss franc; 100:1 Japanese yen. During the 1997 Asian financial crisis, Malaysian Prime Minister Mahathir Mohamad fixed the nation’s currency – the ringit. It was the only currency in the region that did not crash when Rothschild front-man George Soros took aim at the region.

4) Nationalize the Federal Reserve.According to a London barrister I have been in contact with, under the Federal Reserve Act there is a provision that allows for the US government to buy back the Fed’s charter for $4 billion. We should pay this fee, revoke the Fed charter and launch a new US dollar issued by the Treasury Department. With the dollar fixed, the vampires cannot crash it.

5) Cancel the $10 trillion debt to the Illuminati bankers.Debt obligations to foreign governments and small bond-holders should be honored at par.

6) Arrest the perpetrators. Prosecute to the fullest extent of the lawall fraudulent transactions involving the Fed cartel. Send the FBI to the New York Fed. Seize all documents. Confiscate the world’s largest gold reserves which are stored there. These were stolen from various governments including from our own Ft. Knox reserves.

7) Forget just repealing the Bush tax cuts on the rich. The top tax rate on people who make more than $1 million/ year should be raised to 75%. People making more than $500,000/year should pay 50%. All tax brackets below $75,000/year should see tax cuts. If you get more from government you need to pay for it, instead of soaking the middle-class and blaming it on the poor.

8) Slash Pentagon spending.Shut down all US military bases on foreign soil, including those in Europe, Japan and South Korea. Withdraw ALL troops from Iraq and Afghanistan immediately. Use the savings to pay off government and small bond-holders.

9) Outlaw offshore banking by US citizens and corporations.Bring your money home and pay taxes on it or surrender your US passport/corporate charter. The dramatic increase in tax revenue would be enough to pay off the remaining debt to sovereign governments and small bond-holders, while keeping our obligations to the Social Security trust fund.

10) Introduce single-payer health care and price controls on prescription drugs.The current corporate for-profit health care bonanza depends upon sickness and ill health for its hefty profits. In 2006 Canada government spent $3,678 per person for free single-payer coverage for all its citizens. The US government spent $6,714 per person covering the insurance, pharmaceutical, hospital and AMA cartels. The savings attained from eliminating insurance/pharmaceutical/hospital chain/doctor-perpetrated Medicare/Medicaid/Social Security fraud will save the US Treasury billions. It is the only solution to skyrocketing and unsustainable health care costs.

Using this methodology the US could wipe out both its deficit and its debt within a year. These measures should be planned in secret and introduced swiftly and in rapid succession. Social security and Medicare will be saved. The middle class will see their tax rates go down, while their retirement fund finances the rebuilding of a 21st Century America. Manufacturing jobs will come home, since the Chinese yuanwill have seen a dramatic appreciation. Our national security will be enhanced by withdrawing from the role of global policeman.

If we keep thinking inside the banker-manufactured beltway box, our children have no future. They will live in a Third World country which produces nothing, lorded over by debt-collector parasites known as the “financial services industry”.

The wealth-destroying Eight Families banker elite are the perpetrators of the US debt crime. Should a woman who is raped serve the sentence of her rapist? That’s absurd. Then why should Americans or any other nation pay a fraudulent debt foisted upon them by con-men? It is time for Obama and the Congress to get a backbone and force the criminal Federal Reserve cartel to make the “broad sacrifices”.