The GDP of Nicaragua: $6.4 billion; the cost of the US presidential election to the two candidates: $6 billion, or $20 in petty cash per every US man, woman and child. Some things Wall Street (with Diebold’s help) can buy (because no matter which candidate is left standing after the recount and the legal challenge to the SCOTUS, Wall Street again wins). For everything else, there’s BernankeCard. 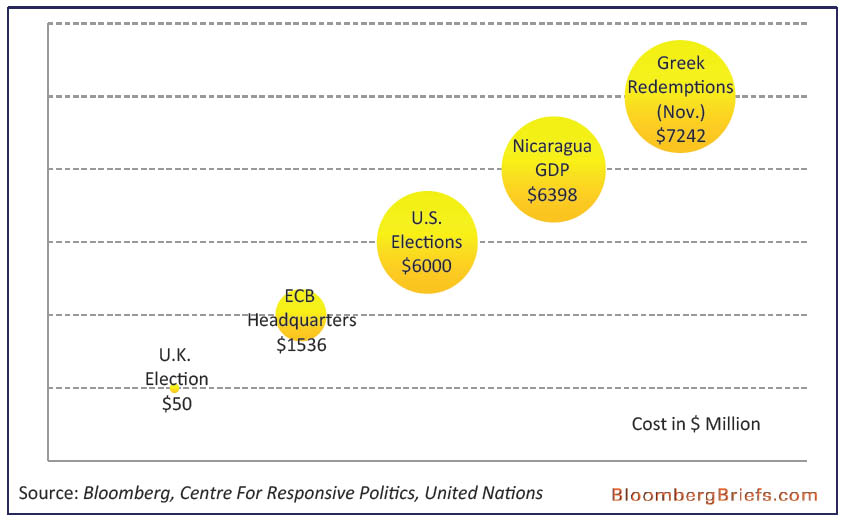 Today’s U.S. elections may be the most expensive in history, with a total of $6 billion being spent by the presidential candidates and contestants for seats in the Senate and House of Representatives, according to the Center for Responsive Politics in Washington. That is 120 times more than the cost of the 2010 U.K. election and almost equivalent to the annual GDP of Nicaragua.

In other words, the admission price to this year long tragicomical farce is about $20 per person. Not bad considering the amount of entertainment.