We, just like everyone else, have grown quite tired of all phrases containing some variant of “Pain in Spain.” Which is why instead we are focusing on its Misery. As in Misery Index, defined as the combination of inflation and unemployment. Following today’s announcement of a surge in Spanish inflation which soared from 2.7% to 3.5%, trouncing expectations of a modest rise to 2.8%, it is clear to see that the Misery in Spain has never been higher. 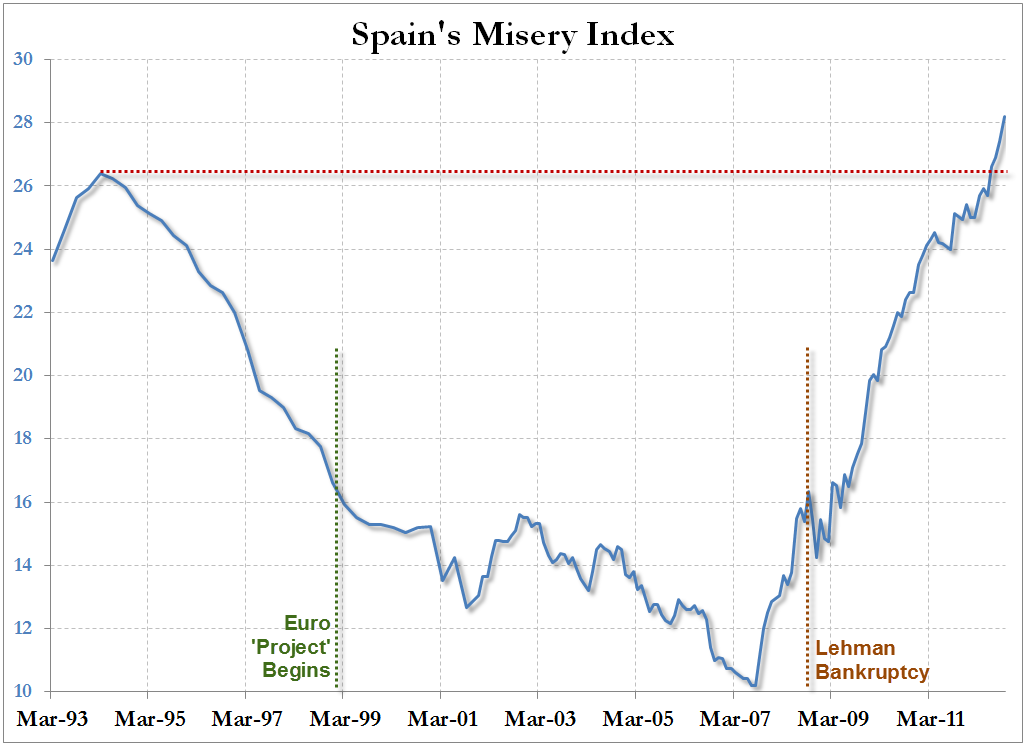 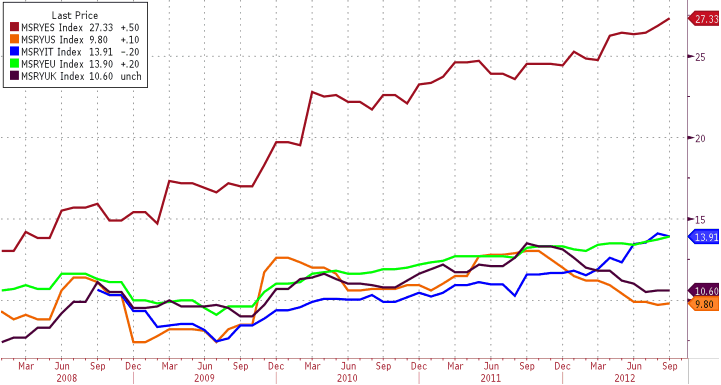