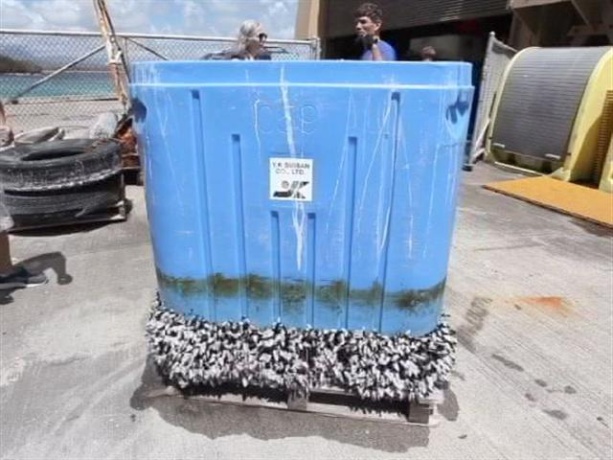 Debris from the Japan tsunami is found near Rabbit Island by researchers.

HONOLULU — The Hawaii Consulate General of Japan’s office confirmed Friday a blue bin found off Waimanalo is the first piece of tsunami debris to reach Hawaii.Staff working at the Makai Research Pier spotted the 4-by-4-foot bin floating in the water between the shore and Rabbit Island.

The Department of Land and Natural Resources says the marine life, such as crabs and gooseneck barnacles, are typically found out in the open ocean, but they did not find any invasive species.

DLNR officials say they are assessing funds and resources available to handle other debris likely headed toward the islands.