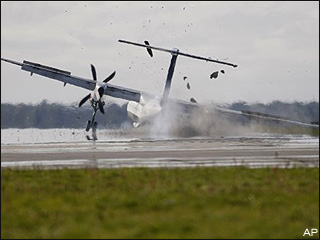 Zero Hedge covered the topic of automotive channel stuffing long before it became a conversation piece, particularly as it pertains to Government Motors, a story which has recently taken precedence after being uncovered at such stalwarts of industry as German BMW and Mercedes, implying the German economic miracle may, too, have been largely fabricated. Another core topic over the years has been the artificial and inventory-stockpiling driven (in other words hollow) “growth” of China’s economy, whose masking has been increasingly more difficult courtesy of such telltale signs of a slowdown as declining electricity consumption and off the charts concrete use. It was only logical that the themes would eventually collide and so they have: the New York Times published “China Besieged by Glut of Unsold Goods” in which, as the title implies, it is revealed that China is now nothing more than one big “stuffed channel.”First, we find, what has been painfully obvious to anyone holding an even modestly skeptical view on the Chinese centrally planned economy.

The glut of everything from steel and household appliances to cars and apartments is hampering China’s efforts to emerge from a sharp economic slowdown. It has also produced a series of price wars and has led manufacturers to redouble efforts to export what they cannot sell at home.

Just like in the US, and Europe, the Chinese government is, gasp, lying about everything:

The severity of China’s inventory overhang has been carefully masked by the blocking or adjusting of economic data by the Chinese government — all part of an effort to prop up confidence in the economy among business managers and investors.

Naturally the Politburo, which measures GDP once a product or service is created, is delighted to produce more, more, more of everything. The demand aspect of the core economy equation does not matter. The problem is that even the Chinese central planners have now run out of space under the rug.

But the main nongovernment survey of manufacturers in China showed on Thursday that inventories of finished goods rose much faster in August than in any month since the survey began in April 2004. The previous record for rising inventories, according to the HSBC/Markit survey, had been set in June. May and July also showed increases.

And now that China too has run out of collateral with which to fund endless supply, which in turn requires legitimate demand, it has big, big problems:

Business owners who manufacture or distribute products as varied as dehumidifiers, plastic tubing for ventilation systems, solar panels, bedsheets and steel beams for false ceilings said that sales had fallen over the last year and showed little sign of recovering.

“Sales are down 50 percent from last year, and inventory is piled high,” said To Liangjian, the owner of a wholesale company distributing picture frames and cups, as he paused while playing online poker in his deserted storefront here in southeastern China.

Wu Weiqing, the manager of a faucet and sink wholesaler, said that his sales had dropped 30 percent in the last year and he has piled up extra merchandise. Yet the factory supplying him is still cranking out shiny kitchen fixtures at a fast pace.

“My supplier’s inventory is huge because he cannot cut production — he doesn’t want to miss out on sales when the demand comes back,” he said.

Demand is not coming back, because every channel has now been stuffed. But what story of channel stuffing would be complete without one’s auto industry being exposed as a total sham. Sure enough:

Inventories of unsold cars are soaring at dealerships across the nation. Quality problems are emerging. And buyers are becoming disenchanted as car salesmen increasingly resort to hard-sell tactics to clear clogged dealership lots.

The Chinese industry’s problems show every sign of growing worse, not better. So many auto factories have opened in China in the last two years that the industry is operating at only about 65 percent of full capacity — far below the 80 percent usually needed for profitability.

Even Detroit makes a cameo appearance:

The Chinese auto industry has grown tenfold in the last decade to become the world’s largest, looking like a formidable challenger to Detroit. But now, the Chinese industry is starting to look more like Detroit in its dark days in the 1980s.

Automakers in China have reported that the number of cars they sold at wholesale to dealers rose by nearly 600,000 units, or 9 percent, in the first half of this year compared to the same period last year.

Yet dealerships’ inventories of new cars rose 900,000 units from the end of December to the end of June. While part of the increase is seasonal, auto analysts say that the data shows that retail sales are flat at best and most likely declining — a sharp reversal for an industry accustomed to double-digit annual growth.

“Inventory levels for us now are very, very high,” said Huang Yi, the chairman of Zhongsheng Group, China’s fifth-largest dealership chain. “If I hadn’t done special offers in the first half of this year, my inventory would be even higher.”

Manufacturers have largely refused to cut production, and are putting heavy pressure on dealers to accept delivery of cars under their franchise agreements even though many dealers are struggling to find places to park them or ways to finance their swelling inventories. This prompted the government-controlled China Automobile Dealers Association to issue a rare appeal to automakers earlier this month.

“We call on manufacturers to be highly concerned about dealer inventories, and to take timely and effective measures to actively digest inventory, especially taking into account the financial strain on distributors, as manufacturers have to provide the necessary financing support to help dealers ride out the storm,” the association said.

As dealer lots become cluttered, many salesmen have resorted to high-pressure sales tactics. That has resulted in growing customer dissatisfaction in the past year, according to surveys by J. D. Power. As a result, auto dealers are voicing the same complaints about inventory as businesspeople in a wide range of other industries.

China, like any self-respecting “capitalist” country has found the best way to deal with such a trivial nuisance: denial.

Officially, though, most of the inventory problems are a nonissue for the government.

The Public Security Bureau, for example, has halted the release of data about slumping car registrations. Data on the steel sector has been repeatedly revised this year after a new methodology showed a steeper downturn than the government had acknowledged. And while rows of empty apartment buildings line highways outside major cities all over China, the government has not released information about the number of empty apartments since 2008, according to a report last Friday.

Yet businesspeople in a wide range of other industries have little doubt that the Chinese economy is in trouble.

“Inventory used to flow in and out,” said Mr. Wu, the faucet and sink sales manager. “Now, it just sits there, and there’s more of it.

And now readers know why in addition to everything else, we have a special place in our hearts for the “inventory” component of US GDP, which in Q2 accounted for 0.3% of the 1.5% GDP.

As for China, we wish it luck in further easing to provide more supply-driven push for its channel-stuffed economy: with $14 trillion in deposits, or $5+ trillion more than the US, which can rush out at a moment’s notice, and buy everything that is not nailed down (and certainly gold) at the faintest whiff of inflation, and record high soybean prices which we discussed previously will keep the PBOC on hold far longer than most experts predict, all those rumors of a China hard landing are increasingly becoming facts.