As noted before, courtesy of the GDP revision, all the kneejerk reactions in the past 3 years to various GDP headlines (preliminary, first and final revisions at that), were all for nothing. In fact, today’s GDP number will be revised and re-revised in the next two months, then re-re-re-revised at the annual revisions in 2013, 2014 and 2015. In other words, the number after (and likely before) the decimal comma is irrelevant. One thing however stands, and that is the trendline change in actual GDP compared to the change in debt used to “buy” said GDP. Which is why we present our favorite chart showing how much more total federal debt was added per quarter over the GDP. Bottom line: in Q2, the US added $274.3 billion in debt while adding $117.6 billion in GDP (from the revised data: Q1 GDP of $15,478 billion rising to just $15,595 billion in Q2). Probably what is more indicative, is that in Q2 the delta change between debt and GDP rose from 2.28x in Q1. But that too is largely noise and will be revised. What won’t be revised is that over the past two years, the US has added 2.42x more debt than it has added GDP. 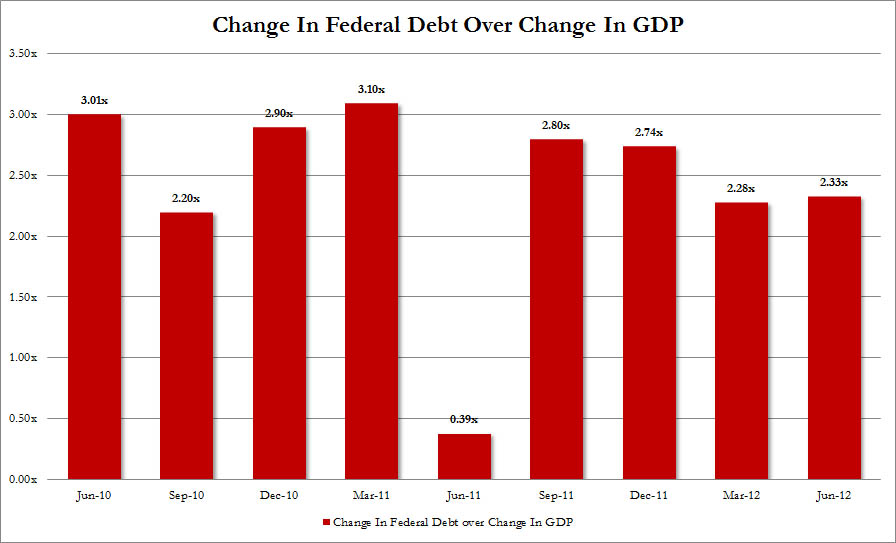 Another way of visualizing the above courtesy of two trendlines- that of US debt and of GDP: 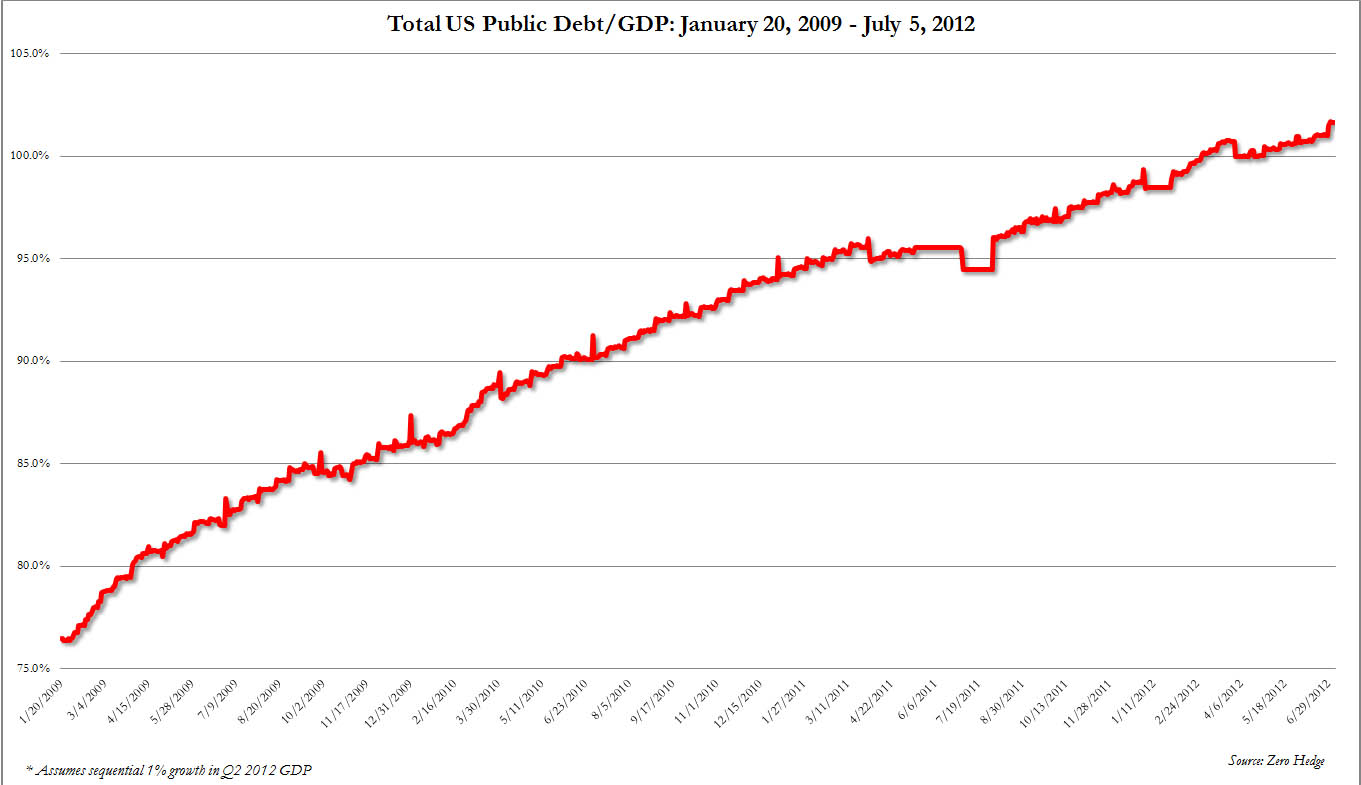 And that is all that matters (and all who say corporations benefit from the relevering of the sovereign host due to some wrong equation they learned in Econ 101 may want to take a long hard look at Q2 corporate revenues and then explain why it has just printed the first year over year decline since the Lehman collapse).