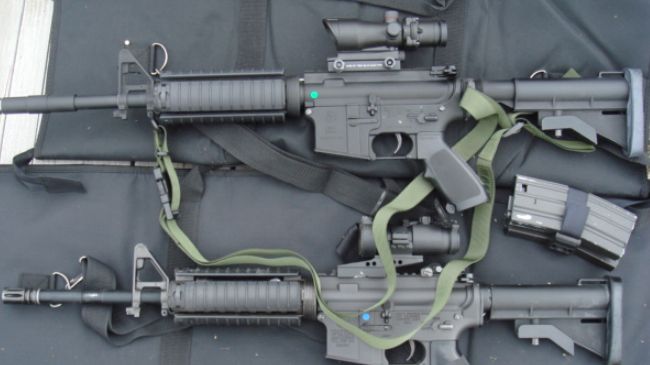 The British police will be for the first time armed with the same advanced weapons as British soldiers use in conflict zones in Iraq and Afghanistan.

The Ministry of Defense has put the contracts for 30,000 modern assault rifles out to tender to major arms producers around the world to supply the “civilian police” with the state-of-the-art weaponry by 2014 under the pretext of fighting terrorists and criminal gangs.

Some of the features the police want to ensure the new rifles have are being adaptable to use of grenade launchers, silencers and different sights.

There are fears that bringing the battlefield weapons to the streets of London and other cities across Britain could be a prelude to even deeper suppression of protest movements after tackling of demonstrations over the past two years sparked condemnations from human rights groups.