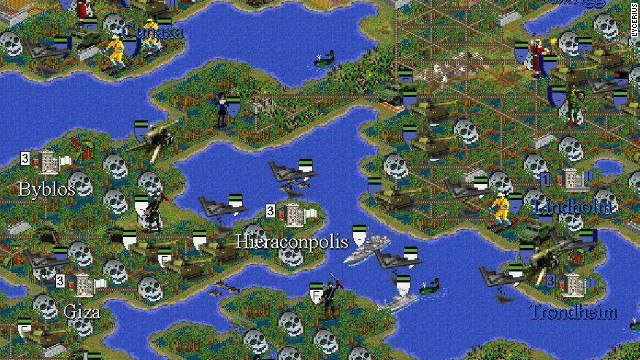 “Peace seems to be impossible. Every time a cease fire is signed, the Vikings will surprise attack me or the Americans the very next turn, often with nuclear weapons,” Lycerius wrote on Reddit. “Even when the U.N forces a peace treaty. So I can only assume that peace will come only when they’re wiped out. It is this that perpetuates the war ad infinitum.”

Because of the continual fighting, he was forced to abandon his democracy and adopt a communist state, because his Senate kept overruling him when he wanted to declare war. Also, his cities are filled with starving people (90% of his world’s population died from nuclear annihilation or famine from global warming) because, he says, he has to keep building war machines to sustain his combat efforts.

“So you want a granary so you can eat? Sorry; I have to build another tank instead. Maybe next time,” he wrote.

Constant nuclear bombardment and sabotage have melted the world’s ice caps over and over again, resulting in the flooding of all terrain other than mountains. He said his world is full of swamp (which is useless for farming) and irradiated lands.

“Civilization” franchise creator Sid Meier said developers never even thought about someone taking a “Civ” game this far into the future.

“There’s no way we could have tested for this, so it was a surprise to us,” Meier said. “I can’t say that we ever thought anyone would play a game of ‘Civ’ for that long. It’s exciting that a fan of the series would dedicate 10 years to playing one continuous game.”

Before you think Lycerius is just an unfeeling ruler, he said he does want to find a way to end the longstanding war.

“My goal for the next few years is to try and end the war and thus use the engineers to clear swamps and fallout so that farming may resume. I want to rebuild the world. But I’m not sure how. ”

Reddit users have been filling up his post with suggestions on how to make his world livable again. And a new thread has developed, called The Eternal War, where players are chatting about their own experiences.

Meier has a new challenge for Lycerius.

“We should probably send him a copy of ‘Civ V’ and ‘Civ V: Gods & Kings.’ Maybe in 10 years, he can create a similar scenario. We applaud you for playing what’s sure to be the longest-running game of ‘Civ’ ever.”