This chart, better than any we have seen so far, summarizes just how much has been injected already to preserve the Eurozone from collapse.

This is what is known as a sunk cost, because last time we checked (and just as we explained back in March at the market highs when everyone was euphoric that Europe is now fixed) nothing has been fixed, and Europe is one ‘rogue’ democratic vote away from an EMU exit, and thus oblivion (or so they said last year, now everyone is prepared for a Greek departure, or so they say now, expect for the Greeks of course – they go straight to the 10th circle of hell and do not pass go). The truth is that by the time the status quo finishes its extend and pretend game, which incidentally has only one real outcome, the €2 trillion spent to date, will be orders of magnitude higher… 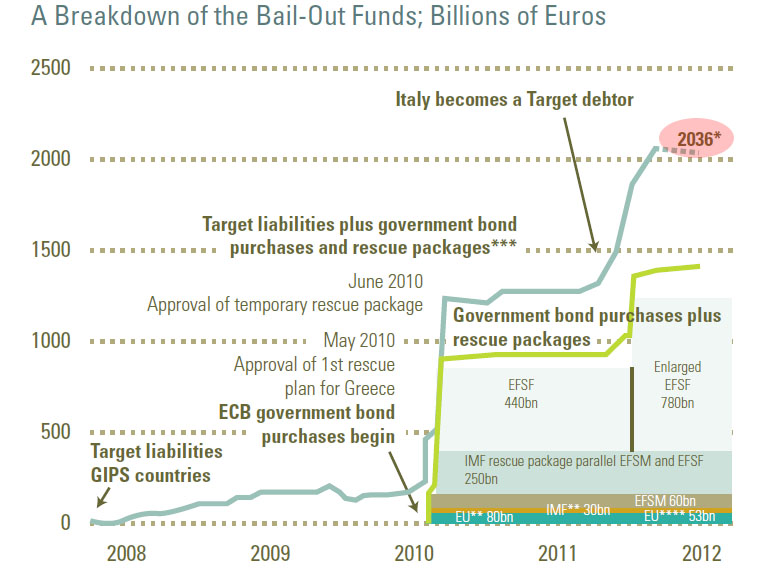