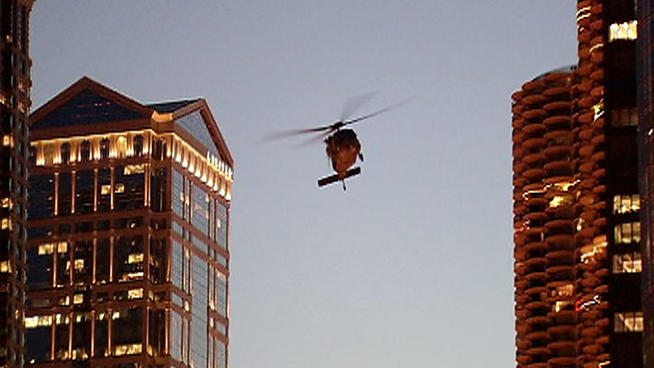 Workers in Chicago’s Loop business district were distracted from their work as Blackhawk helicopters rattled windows as they flew among the city’s skyscrapers.

The city’s Office of Emergency Management and Communications on Monday announced that Chicago is the site of a military training exercise this week involving personnel and at least three helicopters.

Calling it routine training, city officials say in a statement such exercises are conducted by military personnel in various cities around the country. They say the exercises are designed to improve the military’s ability to operate in urban environments.

Emergency management officials say the training sites have been selected to minimize the impact on residents’ daily routines.