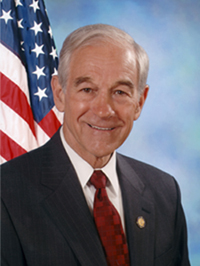 Little by little, in the name of fighting terrorism, our Bill of Rights is being repealed.  The 4th amendment has been rendered toothless by the PATRIOT Act.  No more can we truly feel secure in our persons, houses, papers, and effects when now there is an exception that fits nearly any excuse for our government to search and seize our property.  Of course, the vast majority of Americans may say “I’m not a terrorist, so I have no reason to worry.” However, innocent people are wrongly accused all the time.  The Bill of Rights is there precisely because the founders wanted to set a very high bar for the government to overcome in order to deprive an individual of life or liberty.  To lower that bar is to endanger everyone.  When the bar is low enough to include political enemies, our descent into totalitarianism is virtually assured.

The PATRIOT Act, as bad is its violation of the 4th Amendment, was just one step down the slippery slope. The recently passed National Defense Authorization Act (NDAA) continues that slip toward tyranny and in fact accelerates it significantly. The main section of concern, Section 1021 of the NDAA Conference Report, does to the 5th Amendment what the PATRIOT Act does to the 4th.  The 5th Amendment is about much more than the right to remain silent in the face of government questioning.  It contains very basic and very critical stipulations about due process of law. The government cannot imprison a person for no reason and with no evidence presented or access to legal counsel.

The dangers in the NDAA are its alarmingly vague, undefined criteria for who can be indefinitely detained by the US government without trial.  It is now no longer limited to members of al Qaeda or the Taliban, but anyone accused of “substantially supporting” such groups or “associated forces.”  How closely associated?  And what constitutes “substantial” support?   What if it was discovered that someone who committed a terrorist act was once involved with a charity?  Or supported a political candidate? Are all donors of that charity or supporters of that candidate now suspect, and subject to indefinite detainment?  Is that charity now an associated force?

Additionally, this legislation codifies in law for the first time authority to detain Americans that has to this point only been claimed by President Obama. According to subsection (e) of section 1021, “[n]othing in this section shall be construed to affect existing law or authorities relating to the detention of United States citizens, lawful resident aliens of the United States, or any other persons who are captured or arrested in the United States.” This means the president’s widely expanded view of his own authority to detain Americans indefinitely even on American soil is for the first time in this legislation codified in law.  That should chill all of us to our cores.

The Bill of Rights has no exemptions for “really bad people” or terrorists or even non-citizens.  It is a key check on government power against any person. That is not a weakness in our legal system; it is the very strength of our legal system. The NDAA attempts to justify abridging the bill of rights on the theory that rights are suspended in a time of war, and the entire Unites States is a battlefield in the War on Terror.  This is a very dangerous development indeed. Beware.