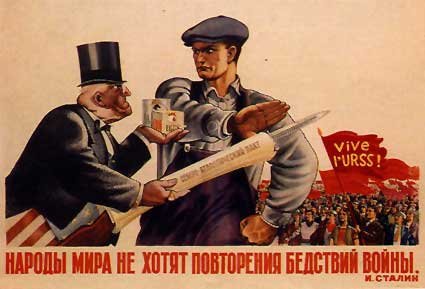 The euro shall triumph over the markets!

I’ve tried, I really have, to go easy on the whole EUSSR-Stalinist shtick. But there are times when Evropeiski Soyuz propaganda is beyond parody. I mean, just look at this video, launched by the European Central Bank to celebrate a decade of the unalloyed triumph of the single currency. For all the efforts by markets, bond traders and other agents of Goldsteinism to sabotage The Party, the project remains on course, comrades.

I particularly enjoyed the clever touch of making the woman at the beginning Greek. And the instruction to Greeks that they had until 1 March to exchange their old drachma notes for euros – sublime!