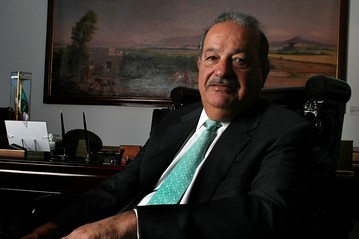 His comments, of course, are rich with irony, given the importance of government to his own telecom’s fortune. And it’s easy for a Mexican billionaire, who doesn’t pay U.S. income taxes, to call for more government spending.

Yet Slim explained that the Fed’s actions and fiscal stimulus has flowed more to finance rather than the real economy.

He said the solution is to have the government spend more on “development programs” that are funded by businesses and individuals (presumably wealthy individuals).

Easier said than done, of course.