“If you put a label on genetically engineered food you might as well put a skull and crossbones on it.”
– Norman Braksick, president of Asgrow Seed Co., a subsidiary of Monsanto, quoted in the Kansas City Star, March 7, 1994

GMO crops have infiltrated 80% of all the packaged food in the United States, and no one has told you. Here’s why.

Many crops are genetically modified so frequently, it’s nearly impossible to find non-GMO versions. These modifications usually involve either a seed manufacturer making their seeds genetically resistant to a certain type of weed-killer (that the seed company also conveniently sells–synergy!) or to make plants resistant to certain pests naturally.

You may not know that you’re eating these crops–despite the fact that they appear in 80% of all packaged food sold in the country–because the U.S. is one of the few places in the developed world that doesn’t require food producers to disclose whether or not their ingredients have any modifications. 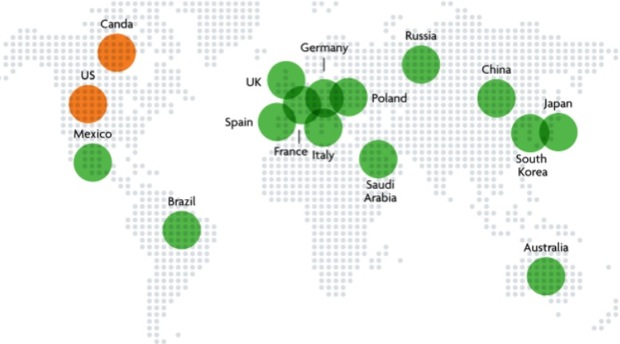 If something is labeled “organic” by the USDA, that means it has no GMO crops. The Non-GMO Project is also working on a system for labeling products that aren’t genetically enhanced. To be fair, there isn’t any science that proves that GMO crops are at all bad for consumption; there also aren’t any that confirm that they’re safe. For now, we’re in the dark. And more and more GMO products–like Monsanto’s sneaky, unlabeled sweet corn, the first direct-to-consumer GMO food–are coming to market every day. The full infographic is here: