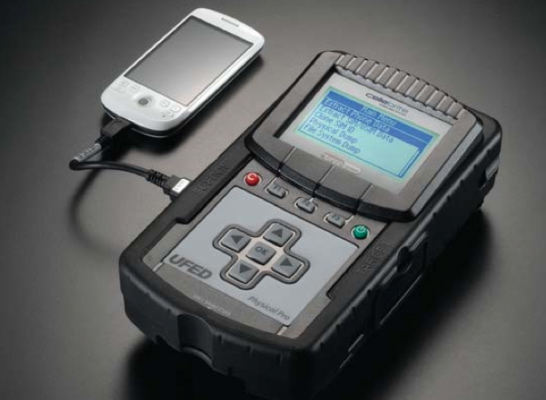 In a case explicitly decided to set a precedent, the California Appellate court has determined police officers can rifle through your cellphone during a traffic violation stop.

This is not the first time such a law has been under scrutiny. In April, the Blaze told you about the extraction devices police were using in Michigan to download the entire contents of your phone.

Florida and Georgia are among the states that give no protection to a phone during a search. In particular, Florida law treats a smartphone as a “container” for the purposes of a search, similar to say a cardboard box open on the passenger seat, despite the thousands of personal emails, contacts, and photos a phone can carry stretching back years.

But after initially striking down cell phone snooping, California has now joined the list of states that allow cops to go through your phone without a warrant.

It all began with a traffic stop, and a driver with some gun photos on his phone.

Here are the facts of California vs. Nattoli as presented by the newspaper.com.

On December 6, 2009 Reid Nottoli was pulled over for speeding by Santa Cruz County Deputy Sheriff Steven Ryan. Sheriff Ryan then suspected after pulling Nottoli over that the 25-year-old was under the influence of drugs.

As Nottoli’s license was also expired, the Sheriff decided to impound the vehicle. Nottoli requested to leave his car parked on the side of the road. Sheriff Ryan refused, and decided to conduct an “inventory” search prior to the towing.

Sheriff Ryan later testified that Nottoli was not driving erratically, nor was he arrested for driving under the influence. But the case took a turn that has brought up major privacy concerns when Sheriff Ryan searched Nottoli’s vehicle. The Deputy found:

“A fully legal Glock 20 pistol with a Guncrafter Industries 50 GI conversion that should have been stored in the trunk of the vehicle. He also noticed Nottoli’s Blackberry Curve which, after it was turned on, displayed a photograph of a mask-wearing man holding two AR-15 rifles akimbo.”

Apparently, the photo of the AR-15 rifles peaked the sheriff’s interest, and another deputy went through all the contents on Nattoli’s phone. It was not until later that Sheriff Ryan obtained a search warrant for it.

Based on the information from the Blackberry, the Santa Cruz County Sheriff’s Office SWAT team exercised a search warrant of the Natoli home ten days later. The SWAT team found and confiscated a cache of weapons, marijuana-growing paraphernalia, and $15,000 in cash.

Nattoli‘s lawyers argued at trial that the Sheriff Deputy’s search through the cell phone was a violation of the 4th Amendment, and that all evidence found in the car should be excluded under “fruit of the poisoned tree” doctrine. The judge agreed and ordered the information suppressed at trial.

The appellate court overturned that ruling, however, on the grounds that the search of the cellphone was part of the inventory check needed to process an impounded car.

Furthermore, the judge ruled that the examination of the cell phone was legal because police were allowed to survey the impounded car for their own safety, and to preserve evidence.

This decision was released solely to create a precedent for future cases, as Nattoli died on September 4th. So the most important outcome of the case is the appellate court’s decision, written by Franklin Elia, which read in part:

“The deputies had unqualified authority under Gant to search the passenger compartment of the vehicle and any container found therein, including Reid’s cell phone. It is up to the US Supreme Court to impose any greater limits on officers’ authority to search incident to arrest.”

We may well see this case head to the Supreme Court, as it appears anytime you are pulled over in the state of California, your entire cell phone is now fair game.