– GDP PER CAPITA: See What Countries Have Really Suffered (And Gained) Since The Recession (Business Insider, Aug, 23, 2011):

Real GDP per person is a figure far more real to the average citizen than GDP growth per quarter, especially in countries with growing immigrant populations like Canada and the United States.

So, using this figure, The Economist made a chart to show how countries have been recovering since Q4 2007.

If you look at the GDP per person growth rate ten years before the financial crises, and compare it to the growth rate now, the picture looks even gloomier for the West.  In those terms even Germany has yet to catch up, and the U.S. GDP per person has fallen 10% below trend. 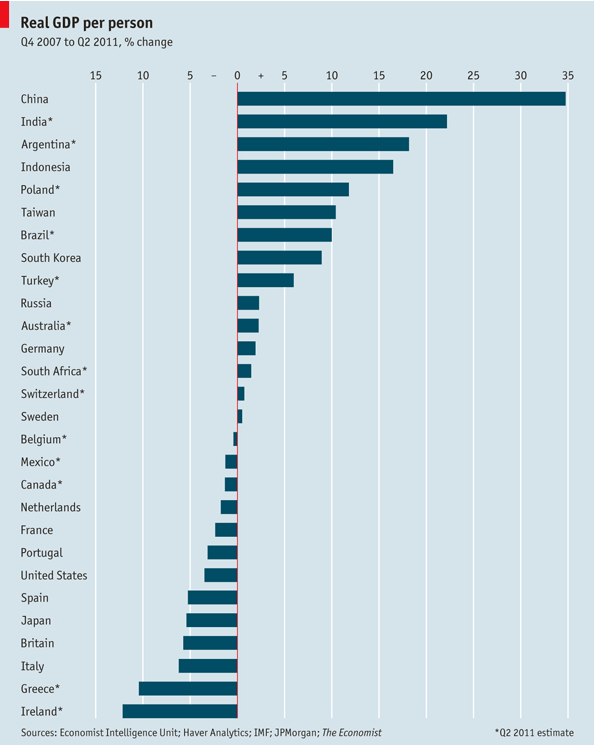