UK’s Guardian has a series of photographs taken secretly by Kazuma Obara, who “became the first photojournalist to gain unauthorised access to the power plant and produced an exclusive glimpse of life inside the facility”. 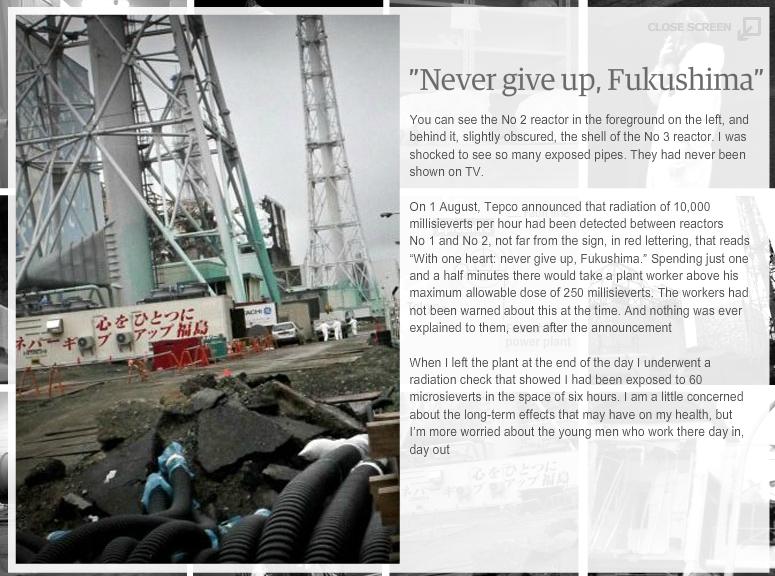 On the “Never Give Up, Fukushima” screen, Obara says the photo was taken before the 10-plus sieverts/hour location was found just nearby. The workers in the photo never knew about the radiation, and were never told about it even after the announcement by TEPCO, which was on August 1 evening.

For the rest of the photos and Obara’s commentary, go to Guardian.

Kazuma Obara became a freelance photojournalist 3 days after the disaster. For more of his work, go to his website.